Reasons behind the sudden Spike of Covid Cases in India

The situation is so bad that around 500 medical staff are infected. The medical system is about to crack. Lack of vaccines, medicines, oxygen, medical facilities depicts the sad state of affairs in the country. 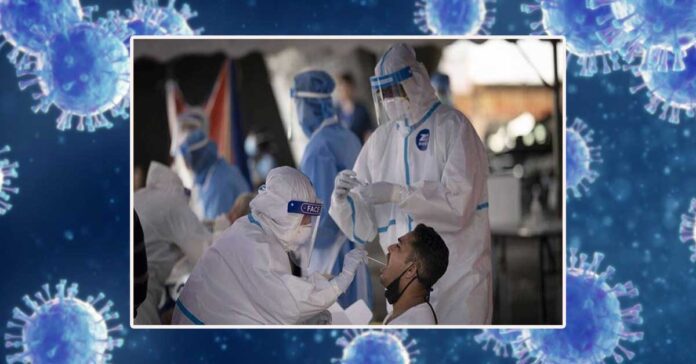 On Thursday, India recorded a highest spike of 3,14,385 covid positive cases in 24 hours. This is all time high in a day throughout the world.

Unfortunately, the pandemic is spreading like wild fire and the cases are increasing rapidly. The average infection is three times more than it was last week.

Undoubtedly, the numbers can be in multiples of this. Recently, when 112 bodies were cremated, the authorities shamelessly, said that only four people are dead. The government in Bhopal used all the necessary protocols of COVID-19 to cremate 84 bodies but only registered 3 deaths.

The situation is so bad that around 500 medical staff are infected. The medical system is about to crack. Lack of vaccines, medicines, oxygen, medical facilities depicts the sad state of affairs in the country.

The dead are being transported in trucks or garbage trucks and autos as the number of deaths are more. The crematoriums are full as they are burning many bodies a day. It is also said that the staff of the crematoria is tired burning the bodies of the COVID patients. If this situation persists, then 3000 deaths a day would not be far.

Who should be blamed

It clearly shows the incompetence, complacency and hyper- nationalism as the reason for such a situation. After the lockdown last year, people thought that the government is well-equipped this time but unfortunately, it did the same mistake this time too.

The announcing of lockdown came just in time, similar to the last year. The migrants have not been given to travel to their native places. This time too they rushed home and did not follow the COVID-19 protocols. The restrictions of the lockdown are undermined. Schools, colleges, theatres and many other places of entertainment were given permissions.

Till February 1, everyone thought it to be an end game of COVID-19. Even the Health Minister, boasted about the end game. On the contrary, March saw the spike again as all the theatres were open to the fullest. This time with higher frequency of infection.

The second wave could be corrected but for the focus on the elections in many states. The leaders of the parties were busy campaigning for the elections. Furthermore, the Prime Minister of India mimics his best friend, Donald Trump. He addressing gathering of lakhs of people without a mask. Such irresponsible behavior on his part. Whereas the leaders of the opposition were responsible enough to call of their election campaigns.

The worse thing is to come is the Kumbh Mela. Thousands of ascetics and devotees thronged the banks of river Ganga only to spread the Corona virus at a greater pace. The government neither restricted the number of devotees nor did they discourage the festival. Instead, the chief Minister of the state, gave a statement that River Ganga would wash away corona virus.

ALSO READ: Does Corona differentiate between a Hindu and a Muslim?

The vaccine in India came a bit later. The number of casualties and infections would have been less, if the vaccine was administered to the citizens of our country first. It is unfortunate that India boasted about its vaccine and exported to other countries. Now with the scarcity of the vaccine, the vaccine is given with a price. Moreover, at a higher price now.

With so many casualties and infections around, still people are moving around recklessly as if nothing has happened. The pandemic would come to an end only if we understand that no politician or leader will help us, it is we who has to help ourselves.

ASLO READ: How COVID-19 Pandemic is an embarrassment to Humankind?

Covid-19 Pandemic has brought things from better to worse for some. Most of them lost their loved...
Columns

Around 40 medical experts from around the world participated in a survey by Reuters, the famous media...
Health

Media is continuously reporting about the interval between the doses of Covishield vaccine. But, Dr. V.K. Paul...
Load more