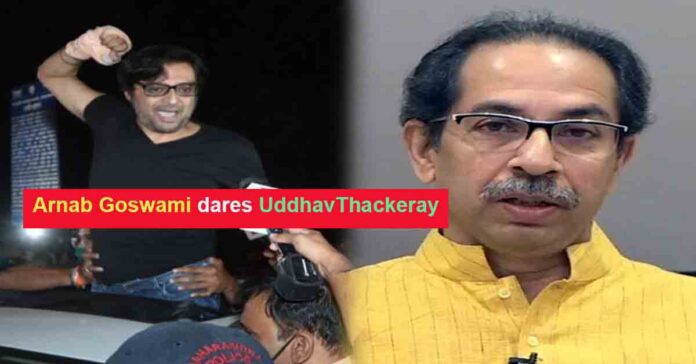 Goswami has announced his plans to expand his network across the country and internationally, while airing a speech from his channel’s studio

Goswami, while addressing his colleagues and the audience from the Republic TV newsroom, said “Uddhav Thackeray, I have a message for you. You have been defeated,”. “Uddhav Thackeray, you arrested me in an old, fake case and did not even apologise to me,” he said, adding that the “game was on”.

Goswami was arrested in a case of alleged abetment to suicide, dating back to 2018 and involving Anvay Naik, a Mumbai-based interior designer and his mother Kumud Naik, on 4 November. A suicide note was found on the spot in which he had accused Goswami and two others of failing to pay his dues.

Apparently, due to lack of evidence, the case was closed by Raigad Police in April 2019. Based on a complaint filed by Nail’s daughter, Adnya, the Maharashtra home ministry announced a fresh investigation in the case.

Goswami was sent to a 14-day judicial custody the same day by the chief judicial magistrate of the Alibaug trial court, after his arrest. His plea with the Bombay High Court was filed, but after a six-hour-long marathon hearing the High Court refused to grant Goswami interim bail.

Goswami said , ‘I’m not alone’, “Stop if you can, Uddhav Thackeray… I can also launch from jail and you can’t do anything,”. “Because I’m not alone… my team and people of India are with me…”

He threw a direct challenge to Uddhav Thackeray, the Maharashtra chief minister, saying, “You can’t touch the Republic Media Network.”. “If you have a problem with our ideology, face-to-face fight on TV, in front of people and do not backstab. You made an illegal arrest and till now not even once you have apologised,” he said.

Goswami alleged that journalists and those working in media organisations were being treated like terrorists. “Shame on you Uddhav Thackeray for doing this,” he said, adding that “we are not terrorists. You are the ones who think you can use and misuse the law.”

Goswami also spoke on Mumbai Police Commissioner Param Bir Singh in his address. He that he had earned the support of the people of India because of his hard work and journalism of 24-25 years. He said that “People of India are with Republic Network, and not with you,”.

Earlier, the Mumbai Police had registered a case against Republic TV and two other channels for allegedly manipulating TRP data to boost advertising revenues and also booked senior editors and staff of the channel for airing news about a “revolt” within the force against Singh.

Goswami said that “I am proud of this channel’s reportage in the Hathras rape case, actor Sushant Singh Rajput’s suicide case and on the lynching of saints on Palghar earlier this year,”. He also noted that he did not owe an explanation to any politician who had a problem with his channel’s journalism.

Goswami thanked his team and said he is “out there” because his team kept the fight going for the last eight days, noting that his colleagues were “more courageous” than ever.

On Wednesday night, Goswami also announced the expansion of the Republic Network in every state in multiple languages within a year and said that he would launch an international media venture within 16-17 months.

ALSO READ: Is Arnab Goswami given special treatment by SC? If yes, why?

After the alleged chats between Goswami and Then BARC CEO were leaked, unbelievable loopholes in the government...
Load more