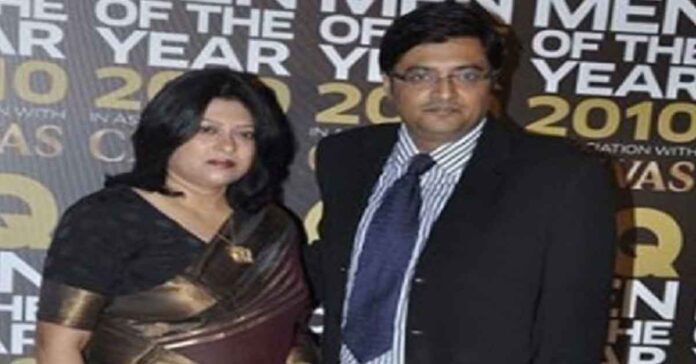 A defamation case was filed against Pati(Arnab Goswami), Patni (Samyabrata Goswami) and Republic TV for coverage in Sushant Singh Rajput death case. The case has been filed by the Mumbai Police’s DCP Abhishek Trimukhe.

A senior police of the DCP rank officer from the Mumbai Police has filed a defamation case against Arnab Goswami, his wife Samyabrata Goswami and Republic TV.

DCP Abhishek Trimukhe has approached a Mumbai court accusing Goswami, his wife and Republic TV of defaming him during the coverage on the death of actor Sushant Singh Rajput.

Trimukhe has alleged that the accused misrepresented facts during the broadcast of Sushant Singh Rajput’s death case. The police officer has filed a defamation case undersections 499 (defamation ), 500 (punishment for defamation) and 501 (printing or engraving matter known to be defamatory) of the Indian Penal Code.

The development comes days after Goswami himself served a series of defamation notices against Navika Kumar of Times Now and Indian Express. The defamation notice against Kumar, Goswami’s former colleague, had read, “Navika Kumar, the accused, anchored a show on 18 January at 9 pm, called the Newshour- which has been uploaded on YouTube and has over 84,874 views just on the platform, in addition to the LIVE telecast on the prime time at Times Now.”

Goswami had alleged that Navika Kumar was jealous of his success after he left Times Now to launch Republic TV. “..the accused is jealous and the lack of ability of the Accused to match the success of the complainant company (Republic TV). has caused the defamatory show to be aired,”

In his legal notice to Indian Express, Goswami had accused the newspaper of having ‘acted as a judge, jury and executioner in breach of all journalistic ethics and against the well-settled law.” This was after Indian Express reported how the then CEO of BARC, Partho Dasgupta, had confessed to the Mumbai Police on receiving Rs. 40 lakh and $12,000 from Goswami to manipulate TRP in favour of Republic TV over a period of three years.