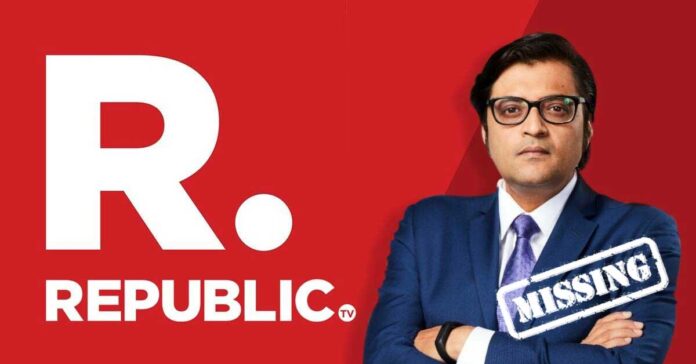 Arnab Goswami is mysteriously missing from TV shows for nearly 40 days. Obviously, this absence prompted his supporters to write moving notes for him. They urged the Republic TV founder to make a pubic appearance.

There are intense speculations over Arnab’ Goswami’s well being. Republic TV founder Arnab’s supporters and detractors raised concerns over his prolonged absence from TV. Many people say that the whereabouts about Arnab are not known.

In addition to these notes, netizens trended on Twitter, ‘Where’s Arnab Goswami’.

Dear @republic it's been almost 40 days, we want him back in debates. pic.twitter.com/EEwCnR5P0E

Meanwhile, Arnab’s critics used the opportunity to share many memes to target the Republic TV founder. Many memes displaying his bias to BJP are doing the rounds.

Arnab was last seen in April in his prime time debate show. However, he made a brief appearance on 2 may on Republic Tv on the eve of West Bengal election results.

Consequently, filmmaker Ashok Pandit took to social media to share an update about Arnab Goswami. He said that he spoke to one of Arnab’s close colleagues about his whereabouts.

#ArnabGoswami @Republic is absolutely fine as per his close colleague.
It’s just that he wanted to take a short break which he never took in lst 8 yrs of hs untiring effort to raise hs voice against d antinationals.
So nothing to worry.
D lion wl roar once again very soon .

Pandit took to Twitter and wrote, “#ArnabGoswami @Republic is absolutely fine as per his close colleague. It’s just that he wanted to take a short break which he never took in last 8 years of his untiring efforts to raise his voice against the antinational. So nothing to worry. The lion will roar once again very soon”

Sir its 42 days..its not short break..when will the word 'soon' ends

Subsequently, one use commented, “ Sir its 42 days… its not short break… When will the word ‘soon’ ends” Another user wrote, “happy and relieved to hear that Arnab sir is sound n safe!