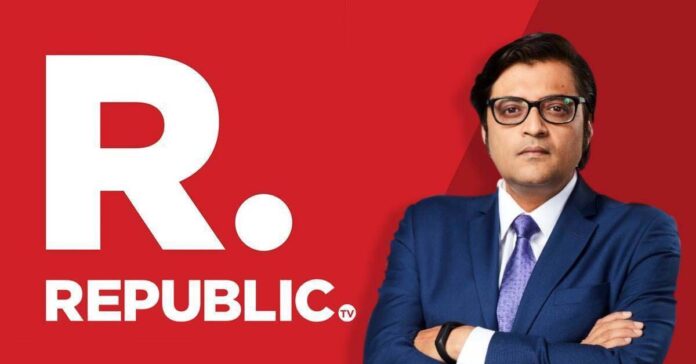 The News Broadcasters Association has demanded for an inquiry about the conversation between Arnab Goswami and Patho Dasgupta in their whatsapp chats.

As there is no clarity yet, the NBA has demanded Republic TV’s expulsion from the Indian Broadcasting Foundation.

The NBA released a press note that the manipulation of ratings was done “month after month by fraudulently manually reducing ratings of other channels to give Republic TV an unfair advantage.” It has also expressed shock to see the whatsapp messages exchanged between Goswami and Dasgupta.

The NBA has called for Republic TV’s exclusion from the BARC rating system. It has asked to exclude it until the final court order on the matter are given. NBA demands the suspension of the IBF membership of Republic TV with immediate effect. It can be resumed after the judgment related to manipulation of ratings which is pending in the court is given.

The statement also said, “These WhatsApp messages not only reflect manipulation of ratings but is also about powerplay. The messages exchanged go on to refer to the appointment of Secretaries, Cabinet reshuffle, access to the PMO (Prime Minister’s Office) and the workings of the Ministry of Information and Broadcasting.”

The NBA appealed to the Broadcast Council to “make a clear statement about the veracity of its ratings in the period during the audit and also conduct an audit of the Hindi news genre; Expunge the data of the erring broadcaster and restate the real position of rankings of all news channels from the beginning; Explain the concrete steps that have been taken by BARC in the last three months to secure the ratings.” It has highlighted the lack of transparency in BARC.

The statement further said that BARC’s continued release of manipulated data has led to reputation losses. This has led to heavy financial losses to news broadcasters, for which the council is answerable for the same.

ALSO READ: ‘This attack we have won like crazy’ Arnab Celebrates 40 Jawans Martyred