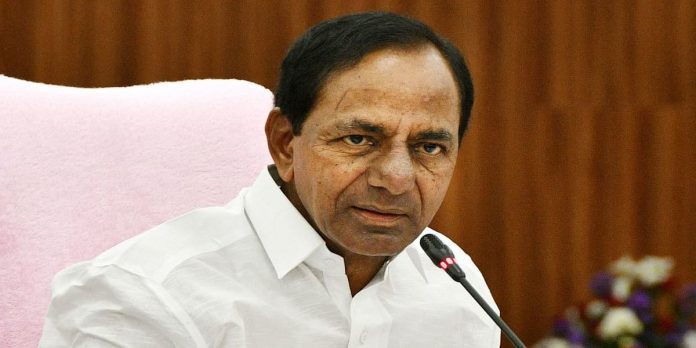 Chief Minister KCR instructed the officials and members of various committees appointed by the government to help in the implementation of regulated farming in the State to ensure that their work is a continuous process, and not limited to just one season on Wednesday.

The Chief Minister said the regulated farming policy which will begin from this monsoon season, should continue every season and every year.

He instructed the Agriculture department officials and subject experts on the third of the meeting organised at Pragathi Bhavan.

Stating that with regulated farming, agriculture would become beneficial and farmers would never face a situation where they can’t get a good price for their produce, he said: “Ultimately, the official machinery with the support and cooperation of farmers will make regulated farming a grand success for the overall benefit of the farming community in the State,” he said.

Pointing out that cotton was cultivated extensively in Telangana State, Chandrasekhar Rao said the proposed Cotton Research and Development Centre will make suggestions on how to increase yield, study and recommend the kind of cotton that has market demand and other related matters.

“Cotton grown in Telangana is of high demand, commanding a good price since its thread length is more. But due to mixture of soil and quills and other materials, there is decline in quality resulting in a drop in percentage of Fare of Average Quality (FAQ), which leads to lower price.

The farmers who toil to grow cotton should ensure that there is no mixture of soil or quills, and they should be made aware of this,” he said.

The Chief Minister also asked the officials to come up with accurate estimates of the capacity of spinning and ginning mills in the State. “Make a scientific assessment on whether the existing mills are enough.

Location of spinning and ginning mills in areas where cotton is grown will result in lot of savings on transport costs and time,” he said.

“Chalk out a plan to make the State self-sufficient in vegetable and fruits and implement it. Since demand for fruits and vegetables is high in urban areas, farmers in the peripheral of urban regions should be encouraged to grow them.

This would benefit both farmers and consumers,” he said, adding that potatoes, onions and garlic, all high consumption items in the State, should be cultivated here.

The Chief Minister said cultivation plans should be prepared after estimating the increased extent of cultivable land on account of completion of several irrigation projects.