RSF said India is one of the most dangerous countries in the world for Journalists. 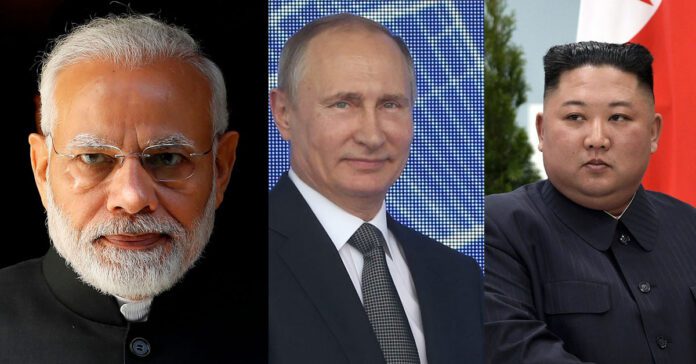 Journalism and Journalists in India is the most risky job. Above all, their life become harder if they criticize the Modi-led Bhartiya Janata Party government, said RSF.

Reporters Sans Frontiers (RSF), the global watchdog released a list of Heads of States labelling as “Press Freedom Predators”. PM of India Narendra Modi is one among the 37 heads of states. The list shows the heads of states who astronomically suppressed the Freedom of Press in their respective countries. Interestingly, the RSF labelled these leaders as “Press Freedom Predators”.

Interestingly, PM Modi has been on the ‘Reporters Sans Frontiers’ “Press Freedom Predators” list since 2014.

Why Modi’s is in the ‘Press Freedom Predators’ List

In a statement, The RSF commented on inclusion of PM Modi’s name in the list

After becoming Gujarat’s Chief Minister in 2001, he used this western state as a laboratory for the news and information control methods. He deployed the same after being elected as India’s Prime Minister in 2014.

His leading weapon is to flood the mainstream media with speeches and information. He tends to legitimize his nationalist-populist ideology.

To this end, he has developed close ties with billionaire businessmen who own vast media empires.

RSF added that journalists in India risked losing their jobs, if they criticized the Modi-led Janata Party Government.

Furthermore, it mention how few popular media outlets gave prominence to Modi’s “extremely divisive and derogatory speeches”. Most of the times these outlets give misinformation to get record viewership.

The RSF also pointed out that journalists in India were booked under sedition law. They were subjected to online attacks. It is a routine thing to wage wars against the journalists they don’t like.

They wage hate campaigns on social media. These campaigns include calls for the journalists to be killed.

The Global Media Watchdog also referred to the killing of journalist Gauri Lankesh. It also mentioned that journalists like Rana Ayyub and Barkha Dutt “were subjected to calls for them to be gang raped and their personal data was posted online to facilitate attacks”

Surprisingly, RSF said “India is one of the most dangerous countries in the world for Journalists.

Elon Musk took to Twitter on Friday about “media elite” and “citizen journalism” which stated his thoughts...
International

In a video which is viral on the social media, Elon Musk is seen walking through the...
Load more