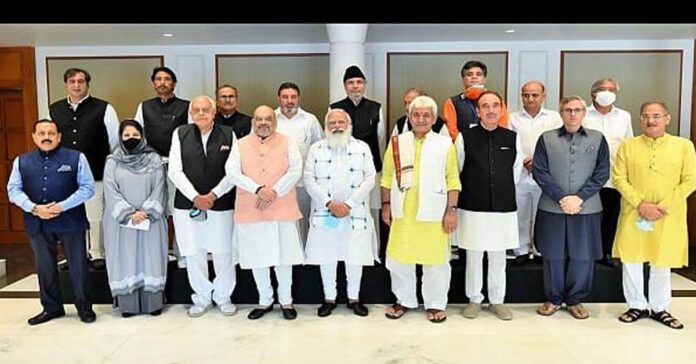 J&K statehood row: PM Modi met all the political leaders of Jammu & Kashmir on Thursday. Earlier, the state of Jammu and Kashmir was stripped off its status on August 5,2019. Very soon, the leaders were house arrested. They had to stay indoors or arrested for more than a year.

We have placed five demands before the government including holding early elections and restoring statehood to the state, said veteran Congress leader Ghulam Nabi Azad. He further said “most J&K leaders said a decision on Article 370 should be left to the Supreme Court”.

According to the reports of NDTV, it was decided that Jammu and Kashmir Lt. Governor Manoj Sinha would set up a committee to review cases of political prisoners.

ALSO READ: Emergency in India: The Mark of Indira Gandhi