No one inside India’s territory, says PM Modi 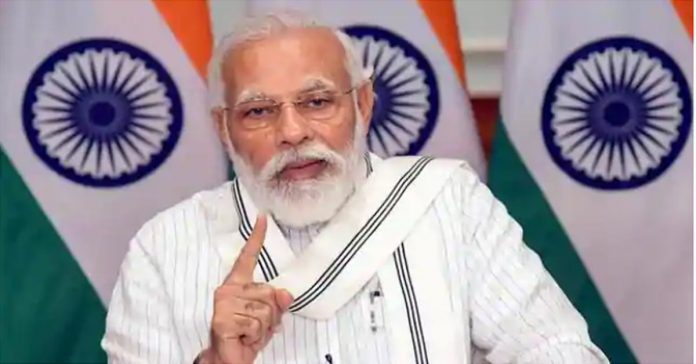 Prime Minister, speaking in the all-party meeting said, India wants peace and friendship, but its sovereignty is supreme.

He said that the action taken by china has killed 20 Indian Army personnel in ladakh, which has left the entire country hurt and angry. He also asserted that Neither is no one inside India’s territory nor has any of its posts been captured says PM modi.

The Prime Minister said that India wants peace and friendship, but wants to uphold sovereignty the foremost. Modi said Indian forces are doing what they have to do to protect the country, whether it is in terms of deployment, action or counter-action.

An all-party virtual meet meeting was convened to discuss the situation in India-China border areas. Discussions were related to the face-off between Indian and Chinese troops along the Line of Actual Control (LAC) in Ladakh.

“Our patrolling capacity has increased due to newly built infrastructure, especially along LAC,” he said. The meeting was convened after 20 Indian Army personnel were killed in a violent face-off with Chinese troops in Galwan Valley in Ladakh on Monday.

Mr. Modi said that, Indian forces are capable of moving together across sectors. The army has been given freedom to take necessary steps and India has given clarity to china diplomatically. He highlighted that the government has given primacy to development of border area infrastructure to make India’s borders more secure.

Provision has also been made for fighter planes, modern helicopters, missile defence systems and other such needs of the forces. Through the recently developed infrastructure, patrolling capacity at LAC has also increased, he said, adding that through this, “we are better informed about the developments at LAC and consequently are able to monitor and respond better”.

The movement of those which used to take place without any disruption earlier is now checked by our jawans, which at times leads to build up of tension. He noted that through better infrastructure, supply of material and essentials to jawans in the difficult terrain has become comparatively easier.

Modi emphasized the commitment of the government to the welfare of the nation and its citizens and said that be it in trade, connectivity or counter-terrorism, the government has always “stood up to outside pressure.”

He assured that all steps necessary for national security and construction of necessary infrastructure, will continue to be taken at a fast pace. He also reassured the leaders about the capability of the armed forces to defend the borders and that they have been given a free hand to take all necessary steps.

ALSO READ: No war with China, but prepared for any contingency, says IAF chief