No war with China, but prepared for any contingency, says IAF chief 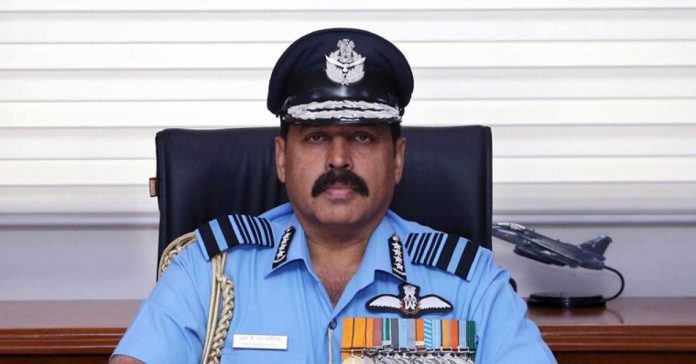 Indian Air Force chief RKS Bhadauria has said that India is “well prepared and suitably deployed” to respond to any crisis in the current situation following the Galwan Valley clash between Indian and Chinese troops.

Chief Marshall RKS Bhadauria has said here on Saturday that there would be no war with China over the Ladakh issue, but the Indian forces were prepared for any contingency.

At the same time, the sacrifices made by Indian soldiers at Galwan valley in Ladakh would not go in vain.

Indian Air Force chief RKS Bhadauria has said that India is “well prepared and suitably deployed” to respond to any crisis in the current situation following the Galwan Valley clash between Indian and Chinese troops.

Speaking at the Combined Graduation Parade (CGP) at the Air Force Academy in Hyderabad, Air Marshal RKS Bhadauria said on Saturday, “It should be very clear that we are well prepared and suitably deployed to respond to any contingency. I assure the nation that we are determined to deliver and will never let the sacrifice of the braves of Galwan go in vain.”

The IAF chief also said, “Security scenario in our region mandates that our Armed Forces remain prepared and vigilant at all times. The development at the Line of Actual Control (LAC) in Ladakh is a small snapshot of what we are required to handle at short notice.”

The IAF chief said on Saturday, “In spite of unacceptable Chinese action after agreements reached during military talks and resulting loss of lives, all efforts are underway to ensure that the current situation at LAC is resolved peacefully.”

The Air Force chief also paid tributes to Col Santosh Babu, the commanding officer, who lost his life in the Galwan clash along with 19 other soldiers. The officer hailed from Telangana.