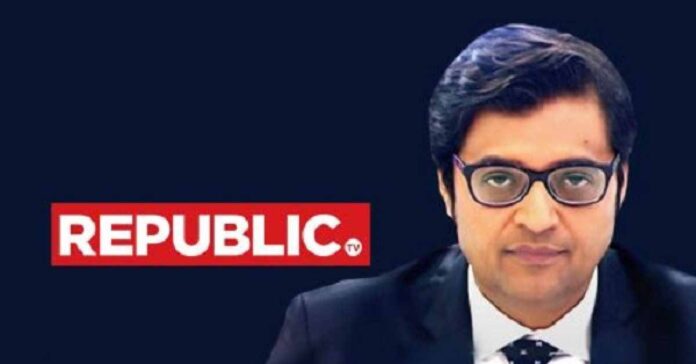 According to a report, the money paid to the former CEO of BARC, by Arnab Goswami was used the money to purchase jewelry and other valuables that were seized from his residence.

Republic TV editor-in-chief Arnab Goswami had paid “lakhs of rupees” to Partho Dasgupta, former CEO of the Broadcast Audience Research Council (BARC), to “increase” the Television Rating Points (TRPs) of the two Republic news channels. This has been said in a remand report which the Mumbai police submitted before a court . The report clearly mentioned the name of Dasgupta.

Dasgupta was arrested last week, and while seeking the remand of Dasgupta, the police informed the metropolitan magistrate’s court that Arnab Goswami and other accused in the case conspired to illegally increase the TRPs of Republic Bharat Hindi news channel and Republic TV English news channel.

This was possible with the help of Dasgupta, who was the Broadcast Audience Research Council, or BARC, CEO then. The police also stated that Goswami on several occasions paid Dasgupta lakhs of rupees, for the favours done by Mr. Dasgupta, and this has been established in the investigation.

The remand report does not mention any specific individual but mentions “Republic owners” in the list of accused. The police have voiced the alleged role of Goswami’s in the TRP case for the first time.

The report says that the former CEO of BARC, used the money paid by ‘Republic owners’ to purchase jewelery and other valuables that were seized from his residence. According to the police sources the money was used to purchase one Tag Heuer watch worth approximately Rs 1 lakh and expensive imitation jewelry and stones worth Rs 2.22 lakh.

The Mumbai police said that the recent arrests were made after they received evidences of the strategy of increasing the illegal TRP’s. The ratings of channels like Times Now had been decreased so that the TRP points of Republic TV would top the TRP points. They also found the third party audit report which was submitted in July in which they could trace out the mismanagement.

Police also found some emails between BARC employees that approve the findings of the audit report, police added.

After the alleged chats between Goswami and Then BARC CEO were leaked, unbelievable loopholes in the government...
International