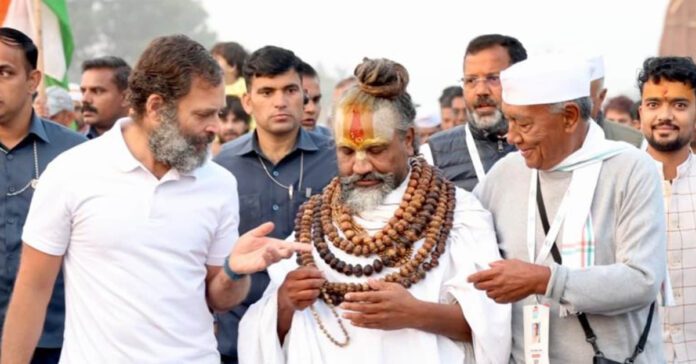 On the 87th day of the yatra, the Rahul Gandhi-led Bharat Jodo resumed from the Agar Malwa district on Saturday. It began at the bus stop in Mahudiya village in Agar Malwa around 6am.

On  the occasion of International Disabled Day some of the disabled persons participated in the Yatra.

Inclusivity is our virtue, only together can we progress.#WorldDisabilityDay #BharatJodoYatra pic.twitter.com/W0yCymGm05

The march entered Madhya Pradesh on November 23 in Burhanpur district from neighboring Maharashtra. It has so far passed through Burhanpur, Khandwa, Khargone, Indore, and Ujjain districts in the state and is currently moving through Agar Malwa, where it reached on Friday.

As per the schedule announced earlier by the Congress, the foot march will cover a distance of 380 kms in Malwa-Nimar region of western Madhya Pradesh within 12 days before entering Rajasthan on December 4.