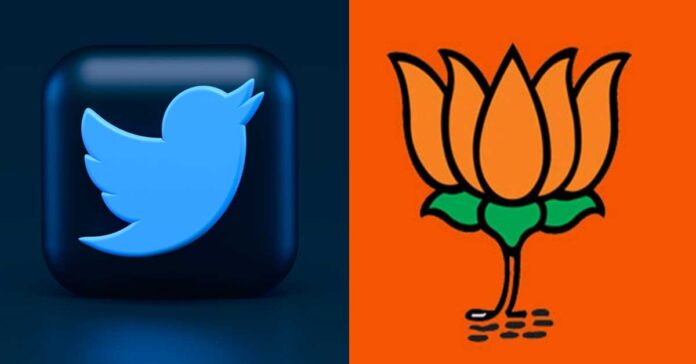 Twitter Vs Indian Govt: Twitter pampered BJP so much that it could win the 2014 and 2019 elections. Twitter helped BJP spread fake news in the social media platform all these years.

However, it became a burden to the government. Hence, it wants to throwaway the micro blogging site now.

Earlier, Twitter was the soul of BJP’s campaign for its elections in 2014 and 2019. It is obvious that all the media in the country is under complete control of the BJP led government.

They are not able to digest that media like “Twitter” is not under their control. Hence they feel it is a burden to them now. They are looking for ways and means to throw the media giant out.

The main reason for Twitter to oppose is because the opposition started responding to the false propaganda. Twitter realized it’s mistake and lost interest in BJP.

In the last few years, BJP held many campaigns to throw mud on opposition leaders. character assassination being their main agenda. Though social media was introduced in India by the Congress, full use of the social media was done by BJP.

By 2014, BJP mastered the trick and had many IT Cells running to its benefit. It would not be wrong to say that its ground work was less and cyber work was more.

They used objectionable words and serious criticism on Twitter about senior leaders and great administrators of India. They led series of character assassination campaigns on most of the senior leaders. Though everyone knew it was fake, no one responded then.

Surprisingly, when Priyanka Gandhi opposes, remarks or criticizes PM Modi or BJP led government, there is good response across the country. This is actually making BJP think that the day is not too far when they will have to face their own ‘Karma’.

As long as these campaigns were running one sided , BJP was very happy. The young leaders like Mahua Moitra, Derek O Brien, Tejaswi Yadav and many more started exposing the BJP leaders. It started to panic.

The recent heart wrenching scenes of dead bodies floating in the Ganga river, the long queues in front of the crematoriums, lack of oxygen and vaccination. Mishandling of the pandemic was made obvious through Twitter.

Consequently, the BJP led government brought in new IT rules and warned Twitter to comply to the new rules with immediate effect. Twitter has still not bowed to the new IT rules. Hence it is threatened with legal consequences.