Why India needs Rahul Gandhi during the reign of Modi? 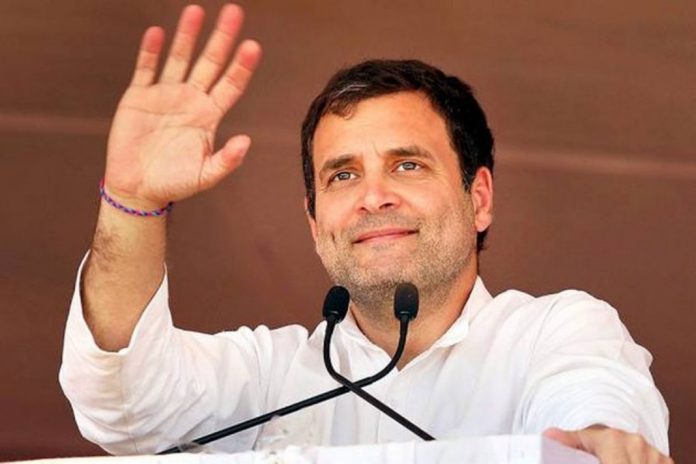 BJP  and his followers are afraid of Rahul Gandhi. Yes, you heard it right. Go and talk to any BJP follower and ask him about Rahul Gandhi, he uses the same adjectives as his leaders and dismisses Rahul Gandhi.

Rahul Gandhi, the Prince of India

Rahul Gandhi, the President of Indian National Congress,  is the Prince of India. He is humiliated, dishonored and projected as good for nothing fellow. He is nicknamed as ‘Pappu’, by the BJP and it’s followers.

Congress lost in two consecutive Lok Sabha elections so did Rahul Gandhi in the last polls. Still, he is now the top leader of Congress.

Since he has lost the last polls and called a good for nothing fellow, then people should ignore him. But on the contrary, the BJP led government tries to cover up all the facts. It tries to hurry down things. It is obvious that it is afraid of him. His presence matters a lot to them.

When Rahul Gandhi attacks them or questions them, they retort to abusive comments or start shaming the women in the congress or talk about the past. They only talk about the nativity of Mrs. Sonia Gandhi.

A BJP follower can not find faults or communicate on his own. They have to depend on the IT cell. Otherwise, any BJP leader or follower, remind themselves about the adjectives they are trained for.

They try their level best to dismiss Rahul Gandhi and divert the attention of the people with their own set of explanations for the Congress leader.

When Rahul Gandhi question the BJP, the party uses all its ways and means denies his relevance in politics. They not only use unparliamentary language but also attack the personal lives of the Gandhi family.

Obviously, the BJP government is tensed about his presence. They know that he is the real challenger. It is a known thing that Congress has performed worst in the prior elections. Any person who is good for nothing would not stand up and challenge the ruling party.

Even though Rahul Gandhi is insulted and humiliated, he neither stoops down nor he stops questioning the BJP government. This quality of him troubles BJP a lot.

Even during the COVID-19 lockdown, Rahul Gandhi and Sonia Gandhi never stopped writing letters to Prime Minister Narendra Modi. On the contrary, they sent demands and suggestions and questioned the government over many issues.

Further more, Rahul Gandhi questioned the government to list out the names of top 50 loan defaulters of the country. Consequently, the finance minister refused to answer.

Despite their refusals, Rahul Gandhi quoted RBI, absconding businessmen Nirav Modi and Mehul Choksi and called them the “friends” of the BJP and “bank chor” (literally, bank thieves).

Rahul Gandhi is a youth icon

Rahul Gandhi is a youth icon. His attire, behavior and his mannerisms indicate that every citizen has every right to question the government. He continues to meet people and campaign against the fraud and the bad policies of the BJP led government.

Learnings from the BJP government

Modi led BJP government never feels they are answerable to the people. They  give lame excuses or troubles the people who criticize their government.

Since is not a transparent government, it tries to pressurize people with new laws and trouble people with their goons.

The CBI,NIA and the RBI are allegedly dancing to the tunes of the ruling government. It also indicates that it is not working for the betterment of the country.

ALSO READ: Emergency in India: The Mark of Indira Gandhi