Emergency in India: The Mark of Indira Gandhi 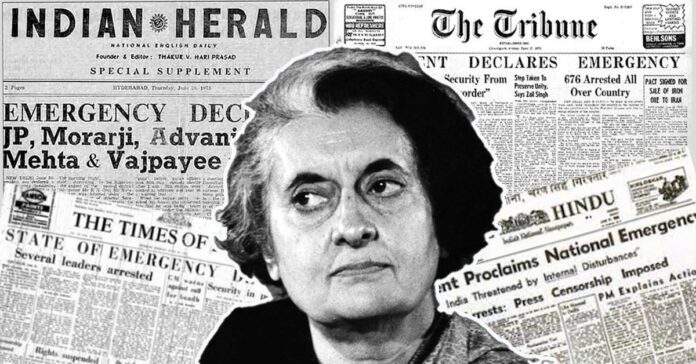 Emergency in India: The constitutional rights were suspended and freedom of speech and the press withdrawn in the wee hours of June 26,1975. Hundreds of political leaders, activists, and trade unionists opposed to the Congress party were imprisoned.

The Emergency proclamation was signed by President Fakruddin Ali Ahmed. Immediately, newspaper presses across Delhi sank into darkness as there was power for the next two days.

The Emergency was imposed due to the “Internal Disturbance”. It lasted for 21 months. According to the then Prime Minister, this drastic step was taken in terms of national interest.

The Reasons given by Mrs. Indira Gandhi 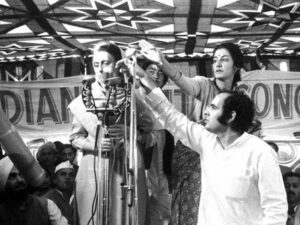 Firstly, to safeguard India’s security and democracy which was at threat due to the movement launched by Jayaprakash Narayan.

Secondly, there was a need for rapid economic development and upliftment of the underprivileged.

Thirdly, the threat to destabilize and weaken India due to the intervention powers from abroad. 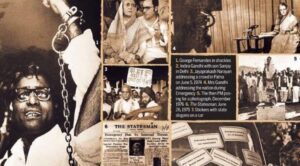 Consequently, there were economic troubles like growing unemployment, rampant inflation and scarcity of food. Besides the Indian economy, there was widespread internal disturbance. 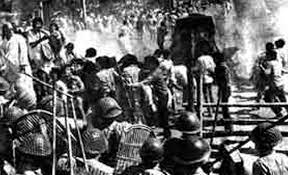 There were riots, protests in several parts of the country. However, the two external forces were quiet during the time of Emergency in India.

The trouble began in Gujarat. These protests spread to Bihar and from there to several other parts of Northern India. They protested against the governance of Mrs. Gandhi. 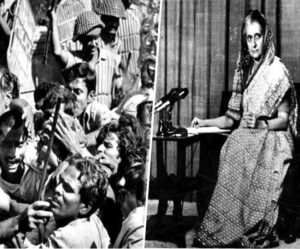 The students of L.D. College of Engineering, Ahmedabad protested against a hike in school fees. Within a month students of Gujarat University joined the protest and demanded the dismissal of the state government. They turned the agitation into a movement by giving it a name ‘Navnirman movement‘ .

Very soon, factory workers joined the protest. They were clashes with the police. The buses and government offices were attacked. 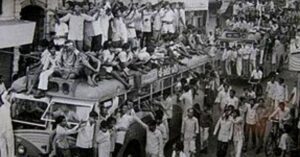 Rations shops were ransacked and the government properties were destroyed. The Central Government was forced to impose Presidential rule in Gujarat.

Morarji Desai played the last act in March 1975. He declared that he would fast unto death. This proclamation erupted more violence in Gujarat. Hence, Indira Gandhi has to dissolve the assembly and announced fresh elections in June. 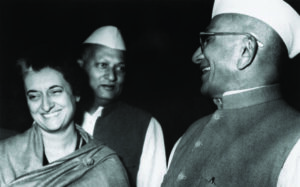 When Jaya Prakash Narayan entered the agitation, students ,teachers, workers everyone joined him. Schools, colleges, offices factories were shut down. People felt that JP was the only leader who could challenge Indira Gandhi. 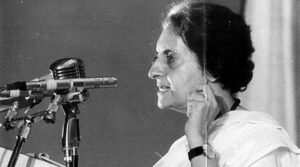 But, she asked him to challenge him in the coming elections. Very soon, when she realized that the situation was going out of control, she imposed the Emergency and imprisoned all the leaders.

Petition in the court

The people opposing Indira Gandhi tried all their ways and means to remove her from the post of the Prime Minister. They approached the High Court to make her elected post Null and Void. However, the High court gave the hearing in favor of the opposition.

Interestingly, she was given 20 days to approach the Supreme Court. ‘The iron lady of India’, proved her majority in the Supreme court. Undoubtedly, she bounced back to power again.

ALSO READ: Who was Indira Gandhi’s Favourite bahu(daughter in law)? Maneka or Sonia

The International Day for the Elimination of Violence against Women is observed on November 25th every year....
Load more