TANA Board member’s family dies in an accident in Houston 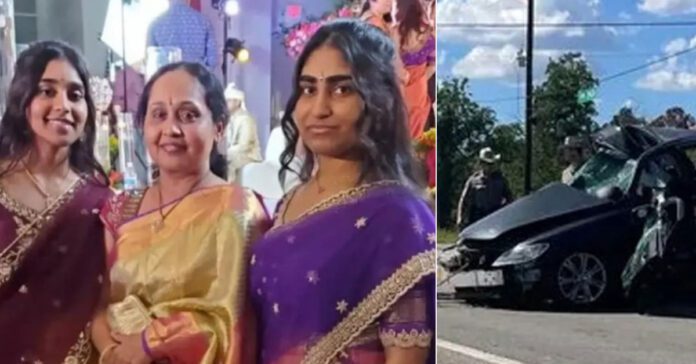 According to various telugu web portals and the information reaching the relatives In Andhra Pradesh, the wife and two daughters of Telugu Association of North America (TANA) board members Dr Kodali Nagender Srinivas died in an accident. This accident occurred near Waller County in Texas on Sunday.

Srinivas’s wife Vanisri was travelling with her daughters when a van hit their car.While two of them died on the spot, the third succumbed at a hospital.

Vanisri works as an IT professional. Vanisri’s elder daughter was a medical student while the younger one was studying in 11th standard.

Srinivas, a physician, hails from Krishna district of Andhra Pradesh. He had gone to the US for higher education in 1995 and settled in Houston. He had been serving as a member of the TANA board since 2017.

The news of the death of Vanisri and her two daughters sent shock waves in the Telugu community in the US TANA members have expressed grief over their death.

ALSO READ: Stampede in Hyderabad, 3 cases against Azhar and HCA

Just when the entire country was in a frenzy over Shraddha's murder, another shocking incident came to...
Crime

Noida: A video went viral on social media and internet where 3 men were seen thrashing the...
Crime

New Delhi: The Supreme Court on Monday frees three convicts in the 2012 chhawla rape case who were...
Load more