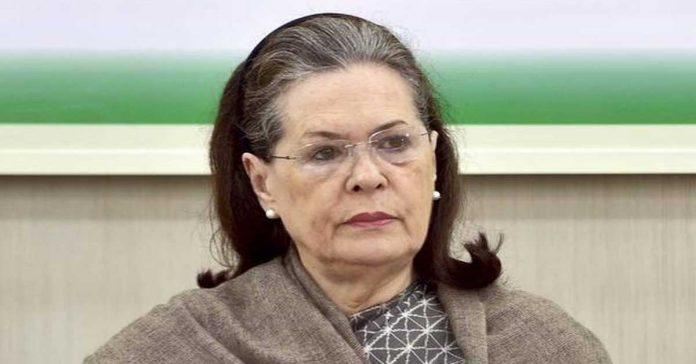 Sonia Gandhi also said that the fame of our country is not only due to values of democracy and heterogeneity of different languages, religions, sect all over the world, but also to confront India with camaraderie.

Sonia Gandhi said, ‘Today, as the whole world is struggling with the epicenter of the corona epidemic, India needs to unite and set a example to defeat this epidemic. I can say with full confidence that we will all come together out of the state of this epidemic and severe economic crisis.

She said that in the last 74 years of independence, we have nurtured our democratic values ​​from time to time and have continuously matured them. Today, it seems that the government stands against democratic system, constitutional values ​​and established traditions. It is also a test for Indian democracy.

On the confrontation between China and the Indian Army, Sonia Gandhi said, ‘Sixty days have passed for Colonel Santosh Babu and 20 of our soldiers in the Galvan Valley. I also salute their bravery by remembering them and urge the government to remember their valor and give due respect. Protecting the motherland of India and thwarting Chinese incursion will be her greatest tribute.

Sonia Gandhi said, ‘Today every countryman needs to look into the conscience and think what freedom means? Is there freedom in the country today to write, speak, ask questions, disagree, hold opinions, demand accountability? As a responsible opposition, it is our responsibility to make every effort and struggle to keep India’s democratic freedom intact.

According to NDTV, the Congress refused to give Prashant Kishor a free hand. Earlier, they had agreed...
Columns

Elderly Woman Transfers all Her Property to Rahul Gandhi

An elderly woman from Dehradun, Pushpa Munjial, has filed a will in the district court on Monday....
News

Partnership with Prashant Kishor did not work out: Priyanka Gandhi

Prashant Kishor joining Congress was the talk of the town few months ago. Firstly, they said it...
News

Navjot Singh Sidhu resigns as President of Punjab Congress Committee. He resigned from the post and sent...
News

Former Union minister and youth leader Jitin Prasad, who has been angry with the Congress for a...
Load more