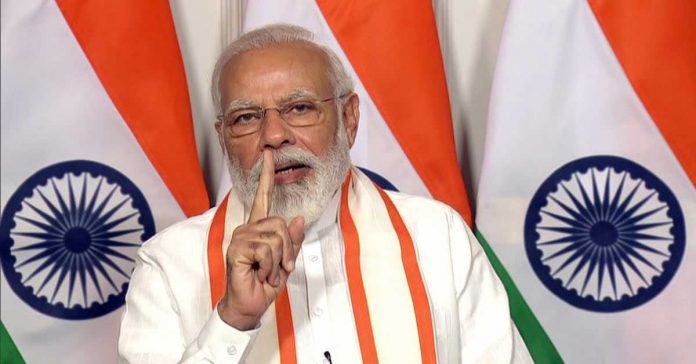 Today Prime Minister Narendra Modi launched a new platform to bring more simplicity and clarity in the taxation process. “A faceless tax system will give the taxpayer confidence on fairness and fearlessness,” the PM said in a video.

All the industries are facing economic crisis due to the COVID-19 pandemic, hence consumers in India need tax breaks. According to PM Modi, he announced a reward the honest taxpayer. Don’t imagine to receive mid-year tax cuts. Instead we have received more transparency in the taxation system which is no doubt a good initiative. From next month, faceless taxation will be initiated in India. It will help minimize interaction between tax official and taxpayer.

Tax official didn’t have any idea about the tax payer where he/she is from at the same time payer wont knew anything about the official. This will be beneficial in both ways. No honest taxpayer will be bullied by officials, and the officials need not ask you to turn up with your IT returns and documents from five years ago suddenly. They would not ask for extra cash to settle down any minor problems in files. At the same time tax-evaders will not be able to scare officials with transfers in villages or indulge in petty unethical things like offering bribes to officials. This initiative will decrease corruption.

Tax terrorism occurred when the government sets unrealistic tax collection targets; it is not about corruption or unwieldy tax laws. If the Government’s budget project says that direct taxes will be increased by 10 percent, whereas incomes grow by just 5 percent, then definitely tax collection will fall.

Every official will try to prove to their bosses how active they are in collecting taxes. Unknown laws will come up from tax books and they use them to send notices to individuals and companies. We see the “Angel Tax” that paralyzed several startups in India. There are often tax-cases that they filed under pressure. In an economic-survey 2017-2018 it is found that IT department lost 87 percent of cases in High Courts and 73 percent in the Supreme Court.

PM Modi claimed to simplify tax-laws. But according to a tax officer, tax laws often become even more complicated when lawmakers try to simplify them. He gives an example when UK’s new Income Tax Act, implemented in 2007 the Act has 1038 sections, where the ‘complex’ one it replaces had 845, it eventually makes the law books bulkier.

PM Modi claimed that India’s rank has shot up under him, but that really didn’t happen at all. We only hear religious statements and developments. No new business registering takes place, no sudden jump in entrepreneurship and industrial production. Modi’s Government shows exact opposite things.

Our GDP is gradually decreasing. Companies are forced to cut down expenditure, decrease manpower. Salary of several companies cut-down. In this scenario only tax cuts are a crucial instrument to help families sustain their consumption levels. Also GST should be cut on fuels.

Meanwhile, there is another problem that if the government cuts tax rates, where will it get the money to run the country? According to an Economist,  the only way out right now is to let the monetary shortage increase. India’s economy has already faced a huge financial crisis before the coronavirus hit us. COVID-19 made it worse. Even upper middle class families are trying to consume less and save more because of the economic uncertainty ahead. If Modi Government helps all the honest tax payers then there is a need to give them a tax break.

ALSO READ: PM Modi on NEP 2020: Policy to help students ‘How to think’ & not ‘What to think’ – Key Highlights from speech