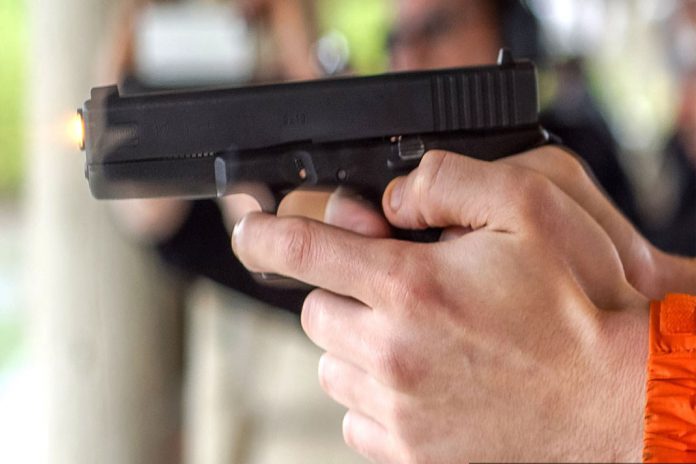 In a shocking incident, a man in Jaunpur district of Uttar Pradesh shoots his pregnant wife dead after she refused to give him money to buy liquor.

After 42 days of lockdown, the government permitted the sale of alcohol in red, green and orange zones with certain restrictions on May 1.

The accused, Deepak Singh,  killed his 25-year-old wife in front of his 4-year-old son.  He fled from the spot after killing his wife. He was arrested later. This  incident took place in Bhatoli village of Sarpathan area in the district.

The crime took place when Deepak asked his wife Neha to buy liquor and she refused. They had a heated argument between the two. This man shoots  his pregnant wife with a countrymade pistol on the head.

The son of the accused ran away from home and hid in the bushes, as he was scared witnessing the incident. The local residents gathered at the spot, on hearing the gunshot.  They rushed her to the hospital. The local residents alerted the cops. Senior police officials later reached the spot after being informed. The police sent the body of the victim for postmortem.

The son of the accused was later traced from the bushes after four hours. The boy  narrated the full details of the incident to the cops later.

According to police, Neha was four months pregnant. She was married to Deepak four years ago. Before lockdown, Neha was residing with her husband in Delhi. Police have now filed a case against Deepak after a complaint by the brother of the deceased.

Trails courts in India have awarded 165 death penalties in 2022, which is the highest in the...
Crime

A 63-year-old mahant Amarpuri alias ‘Billu’, is fondly known as 'Baba Jalebi'. He is a mahant at...
News

Kanjhawala case: The effect of the accident in the New Year's morning accident where a woman died....
News

A video of a woman in Noida trying to pull her domestic worker out of a lift...
Crime

UP Man kills tenant for 1 crore, chops body into 4 pieces

A 35-year-old man from Modinagar, UP was arrested for killing a PhD scholar. He had been his...
Crime

A boy throws acid on 17-years-old girl in Delhi

A son killed his father in Karnataka’s Bagalkot. He then chopped his body into 32 pieces and...
Awareness

December 13, 2001, it’s been 21 years of the horrific attack which took place on Indian Parliament.It...
Crime

In a shocking incident a father hired six people to kill his 26-year old son in Hubballi,...
Load more