It has been a week since the incident happened, but police are still on the lookout for Abhijit Patidar, who claims to have killed Shilpa Jharia 25, by slitting her throat. The police said that Abhijit shared the gruesome videos using the Instagram account of the victim. 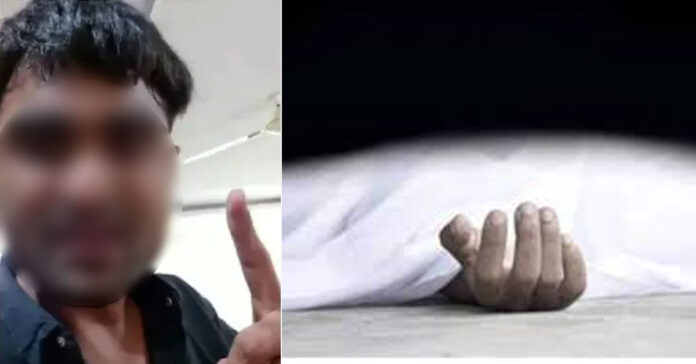 Just when the entire country was in a frenzy over Shraddha’s murder, another shocking incident came to light. A man in Madhya Pradesh allegedly killed his girlfriend at Mekhla resort in Jabalpur by slitting her throat, shot a video with the victim’s body and posted it on social media.

It has been a week since the incident, but police are still on the lookout for Abhijit Patidar, who claims to have killed Shilpa Jharia 25, by slitting her throat. The blood-smeared body of the victim was recovered from a room at Mekhla Resort in Jabalpur.

Abhijit challenged the police, ‘Arrest me if you have the power’. According to police sources the deceased’s name is Shilpa Jharia. Her body was recovered from Mekhla resort, Jabalpur.

The accused has posted several videos on social media. In one of them he says, “Betrayal is not tolerated”. After that Shilpa’s tubular body is shown from under the blanket. Soon after that in a video he said, “babu heaven mein phir milenge”.

In another video, Abhijeet revealed his name and claimed that he is a businessman in Patna. Shilpa developed a romantic relationship with her business partner Jitendra Kumar. Abhijeet claimed that Shilpa escaped to Jabalpur by taking advantage of that relationship and stole 12 lakh from Jitendra. Abhijeet came to Jabalpur and killed Shilpa on Jeetendra’s orders.

Special Superintendent of Police Priyanka Shukla said Abhijit had stayed at Jitendra’s house in Patna for a month. She said that apart from Bihar, police teams had been dispatched to different parts of Madhya Pradesh, Maharashtra and Gujarat in search of Abhijit.

Sharing details of the murder, Additional Superintendent of Police Shivesh Baghel said that the accused had booked a room on November 6 at Mekhla Resort.

“CCTV footage revealed, he was alone in his room that night. The next day, the women came to meet him at the resort in the afternoon and they had ordered food. After about an hour, the accused left the hotel alone after locking the room”, MR Baghel said.

On November 8, the hotel management broke open the door and found the woman’s body, the police official said.

Noida: A video went viral on social media and internet where 3 men were seen thrashing the...
Crime

New Delhi: The Supreme Court on Monday frees three convicts in the 2012 chhawla rape case who were...
News

Kupwara Bus Accident: In a shocking incident, around 20 people were injured in a bus accident. The...
Load more