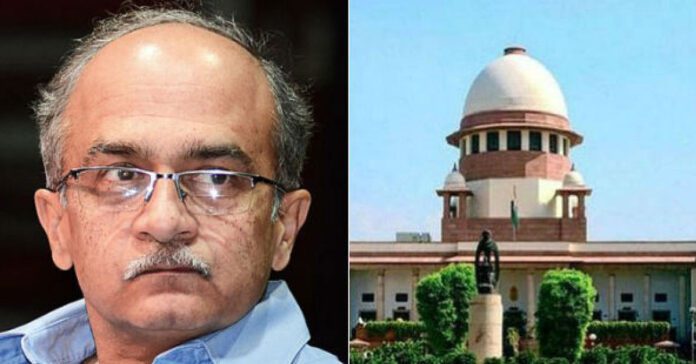 Prashant Bhushan said that his statements were goodwill and if he apologizes, it would be contempt for his conscience and the institution in which he holds the highest trust.

Senior advocate and social activist Prashant Bhushan refuses to apologize unconditionally to the Supreme Court in the contempt case. He said that his statements were goodwill and if he would apologize, it would be contempt for his conscience and the institution in which he holds the highest trust.

The Supreme Court postponed the hearing on the prison term in Prashant Bhushan contempt case. The court asked them to reconsider his statements and gave him time till Monday.

Along with this, Prashant Bhushan refused to apologize unconditionally to the Supreme Court for his controversial tweet. Activist and lawyer Prashant Bhushan has filed an official statement in the Supreme Court in which he has confirmed that he will not be making an apology for his tweets about the judiciary, for which the apex court has found him guilty of criminal contempt.

Prashant Bhushan, in a reply filed in the Supreme Court, said, ‘My tweets were under good faith, on which I want to continue. The conditional or unconditional apology for expression on these beliefs would be insincere.

He said, ‘I have given these statements in good faith with full truth and details which have not been dealt with by the court. If I turn away from the statement before this court, I believe that if I offer a sincere apology, then in my eyes I will have contempt for my consummation and I respect the institution which I respect the highest. ‘

Bhushan said, ‘I have the highest respect for the institute. I did this not to discredit the SC or any particular CJI, but to offer constructive criticism which is my duty. My comment is constructive and from my long-term role as the protector of the Constitution and the protector of people’s rights. It is to prevent the SC from wandering.

ALSO READ: Prashant Bhushan – A man who opened a can of worms.

On Tuesday, the Maharashtra-Karnataka border dispute turned violent after vehicles from both states have been attacked and...
Judiciary

Nalini Sriharan, is the longest- serving woman prisoner in India. She is one of the seven convicts...
Crime

Senior lawyer, Mukul Rohatgi declined the centre’s offer to return as the Attorney general of India. He...
Governance

Nupur Sharma, the suspended BJP spokesperson received a big relief from the Supreme Court as of now....
Judiciary

Democracy can never be a Police State – Supreme Court

The fugitive business man Vijay Mallya sentenced to 4 months jail and a fine of Rs.2000/- by...
Judiciary

Sex work existed all over the world since ancient times. A global agitation is taking place for...
Load more