The Onset of Monsoon in Telangana 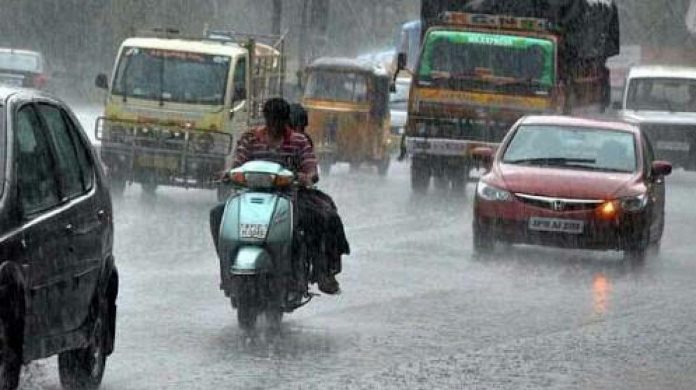 Telangana: The monsoon is here.The monsoon was predicted to reach the State by Friday but the official announcement of the southwest monsoon reaching Telangana came on Thursday itself from the Regional Meteorological Centre (RMC).

The officials also stated that the conditions were favourable for the monsoon to advance further into the remaining parts of the State in the next 48 hours.

The conditions are now favourable for it to advance further into remaining parts of the State in next 48 hours, says RMC.

RMC Director K Nagaratna said,  Hyderabad, along with other parts of the State, would be receiving abundant rainfall in the next two days. “The monsoon is likely to continue till September. We can expect good amount of rainfall this year and the State is likely to record above normal rainfall,” she said.

The weather forecast from RMC indicates that heavy to very heavy rains were very likely in Telangana during the next three days.

The forecast for Hyderabad said cloudy skies with heavy rain would prevail on Friday, followed by intermittent and moderate rainfall in the next four to five days.

The Met department is expecting a rainfall of up to 110 per cent in this monsoon season. Officials said that ,against a normal rainfall of 755 mm during June and September, the State is likely to receive rainfall up to 830 mm.

Last year in June, Hyderabad had recorded a monthly total rainfall of 116.9 mm, which was 11 per cent above normal. This June, the city had already received a rainfall of 90.7 mm while Rangareddy and Medchal-Malkajgiri received 54.7 mm and 93.3 mm respectively.

Congress MP Rahul Gandhi resumed the Bharat Jodo Yatra from Kamareddy on Monday. According to the Congress,...
Load more