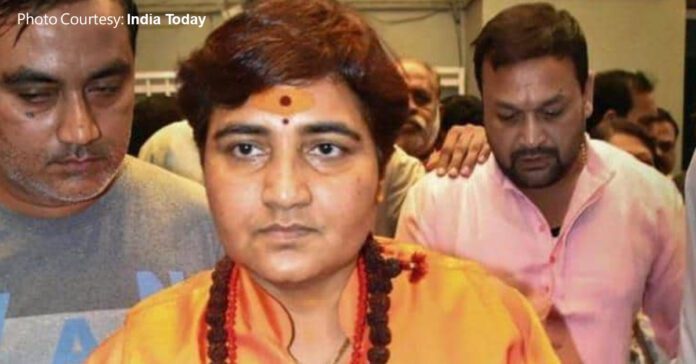 BJP’s Pragya Singh Thakur, the main accused in the 2008 Malegaon blasts appears in the NIA court.

She is out on bail. Pragya Thakur, 51, is out on bail in the Malegaon blasts case on health grounds. She always begged not to attend several court hearings quoting health reasons.

She made a brief appearance at a special NIA court in Mumbai today. However, she rushed to a city hospital from there.

“I have to get admitted to Kokilaben Hospital….” said Pragya Thakur to the court.

The court asked her, “Are you okay now? Last time you said you had some health issues?” The BJP leader’s lawyer replied, “She has come from the airport and she will go directly to the hospital.”

Then Pragya Thakur declared to the court, “The doctors will tell me how long I need to be in hospital.”

Then the court told Pragya Thakur, before she left the courtroom, “Please be present in court whenever required and take details of the case from your lawyer.”

Surprisingly, despite her skipping court summons quoting health problems, many videos have gone viral this year, which showed her playing basketball, dancing and playing Kabbadi.