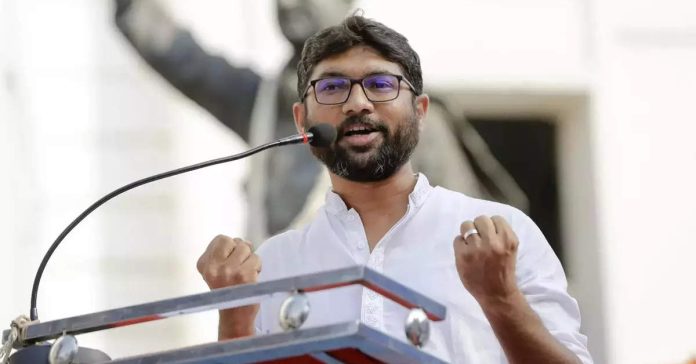 While granting bail to Jignesh Mevani, the Barpeta court in Assam requested the High court to take up a petition on its own. It tried to enlighten the higher court about the excesses done by the police in Assam.

Who is Jignesh Mevani?

Jignesh Mevani is an Indian lawyer activist and a former journalist. He is presently an MLA of the Vadgam constituency in Gujarat. Jignesh is the convener of the Rashtriya Dalit Adhikar Manch.

He was in the news recently for speaking against India’s Prime Minister Mr. Narendra Modi. Earlier to that, he was arrested in a case which was cooked up case of assault On April 25.

However, he was granted bail by the court in Barpeta Assam for a case of his tweets on Prime Minister Narendar Modi.

Apparently, the case was framed in such a manner that the BJP government ruling in Assam felt that he would not be given bail. Unfortunately, he was granted bail by the court in Barpeta, As soon as he was out on bail, the police framed another case against him. The case of assault on a woman constable.

A court in Assam has severely criticized the state police for trying to implicate Gujarat MLA, Jignesh Mevani, in a case of assault on a woman constable.

Jignesh, who was very angry with the cooked case alleged the ruling party in Assam, BJP is behind his arrest.

In addition to that, the Gujarat MLA Jignesh Mevani today alleged the ruling BJP by “using a woman” to “frame a case” against him has done a “cowardly thing”.

Mr. Mevani told NDTV, “I will not bow down “jhukega nahi”

Mr Mevani was arrested in the alleged assault case on April 25 just after he was granted bail by another court in Assam in a case over tweets on Prime Minister Narendra Modi.

He also alleged, “My arrest was not a simple matter. It must have been done under the instruction of political bosses at the PMO (Prime Minister’s Office),” Mr. Mevani.

“I am still proud of the tweet I did. In the tweet, I basically asked the Prime Minister to maintain peace and harmony as communal classes happened…As a citizen of India, I have my rights to ask this. As a lawmaker what’s our duty? It is to urge people to maintain peace, so that’s what I did,” Mr Mevani said.

Teesta Setalvad, is a journalist and an activist based out of Mumbai. She is a Padma Shri awardee...
Foreign Affairs

BJP that should Apologise; not India as a Nation, KTR tweets to PM Modi

KT Rama Rao, popularly known as KTR, questioned why India as a country should apologise for the...
Governance

Hate speeches in India have increased after 2014. BJP is trying to control the damage but it...
News

A 26-year-old Dalit man, Billipuram Nagaraju, was brutally beaten and stabbed to death on a busy road...
News

Hanuman Chalisa Row: Shiv Sena in its mouthpiece 'Samana' on Monday alleged that the BJP is using...
Governance

UK PM Boris Johnson on Thursday landed in Gujarat’s Ahmedabad for a two-day visit to India. He...
Crime

Despite SC order to stop in Delhi’s Jahangirpuri, bulldozers are at work

Bulldozers did not stop demolition work of structures in Delhi's Jahangirpuri, despite a Supreme court order to...
Crime

The 8 BJP members accused of attacking Kejriwal house were given a grand welcome in the Delhi...
Inspiring

Karauli riots: A Rajasthani woman stood alone in front of a mob and protected some 15 men,...
Load more