“India Was Saddened By Insult To Tricolour On Republic Day”: PM Modi 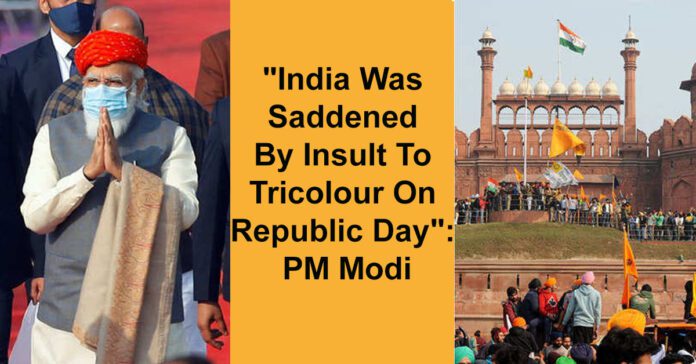 Mann ki Baat of 2021, Prime Minister Narendra Modi today referred to the events at the Red Fort in his first radio address. He spoke about the farmers’ tractor rally on Republic Day. “India was saddened by insult to tricolour on Republic Day,” PM Modi said.

The iconic Mughal-era fort witnessed violence on Republic Day, when groups of farmers protesting against the farm laws over-ran the fort and hoisted a Sikh religious flag on an empty mast just below the national flag on the ramparts. The police had used batons to push them out.

The fort, has been shut till January 31 by the Archaeological Survey of India as few parts of the fort suffered damages.

The Prime Minister had said that the “law will take its own course” when the opposition demanded a special probe into the incidents at the Red Fort.