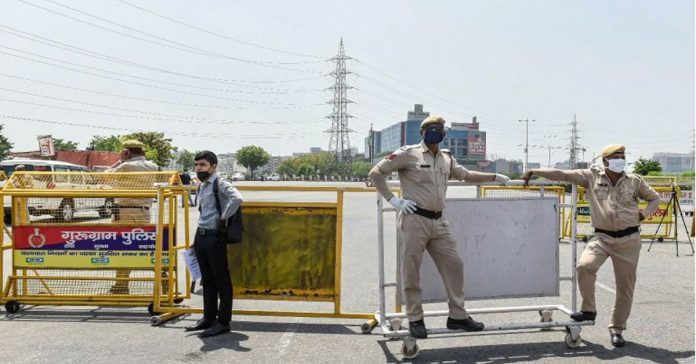 Haryana Home Minister Anil Vij has announced that the border of Haryana would be sealed again with Delhi to curb the spread of novel coronavirus.

Haryana government has announced that it is going to seal its borders with Delhi once again. The decision has been taken due to a spike in Covid-19 cases in the national capital region.

A letter was written to the Home Secretary by the Haryana Home Minister Anil Vij  in this regard. The letter said since there is uncontrolled entry from Delhi to Haryana and the increasing numbers of coronavirus cases was the main reason.

Citing the cases of the past one week, the letter said that 98 coronavirus cases have come up in Faridabad, 111 in Gurugram, six in Jhajjar and 27 in Sonipat.

The Delhi-Haryana border was reopened after Delhi high court pulled up the Haryana government for blocking the movement of essential staff residing within the NCR region. However, the court had allowed the state to reseal the borders if the cases spike again. Using the exception, the state government has decided to seal the borders.

Shraddha and Aftab Ameen Poonawala worked at the call centre for a multinational company in Mumbai where...
Environment