GHMC Elections 2020: To be held on December 1 through ballot boxes 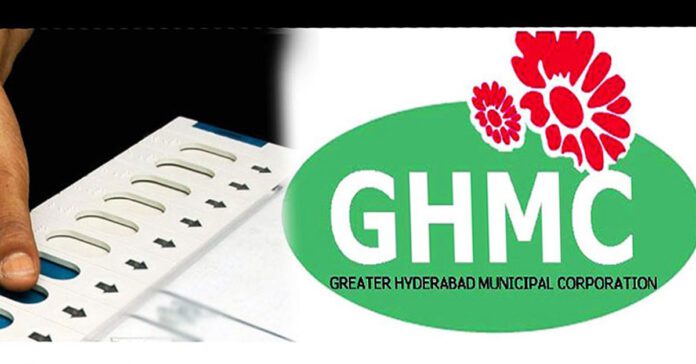 GHMC Elections 2020: Elections for the Greater Hyderabad Municipal Corporation (GHMC) will be held on December 1. The results will be declared on the same day of counting of votes on December 4.

Nominations can be filed by the Candidates from 11 am onwards on Wednesday (November 18) and scrutiny of nominations will be done November 21.

Nominations can be withdrawn by November 22 and the list of contesting candidates will be published on the same day after 3 pm.

State Election Commissoner C. Partha Sarathi said the elections will be conducted using ballot papers as many political parties wanted the use of ballot papers over EVMs due to different litigations and also as per Supreme Court orders.

The final electoral rolls have already been published and over 74 lakh voters will be exercising their franchise on the polling day. Over 48,000 polling personnel will be deployed, besides flying squads, micro observers, static surveillance teams and others will also be monitoring the proceedings.

Regarding distribution of the interim financial aid of Rs.10000 to rain-affected families by GHMC, Partha Sarathi said calamity relief is exempted from the model code of conduct. However, the distribution should be done online and the amount has to be transferred to the beneficiary accounts. Physical distribution of aid will not be permitted, he clarified.

Over 2700 polling stations have been identified as sensitive, hyper-sensitive and critical stations and arrangements are being made accordingly, he informed at a press conference here on Tuesday.

Election Authority DS Lokesh Kumar and others were present.

Traffic congestion has become the most irritating factor in Hyderabad these days. Hence, the Hyderabad city traffic...
News

Two Omicron cases are reported from Tolichowki, Hyderabad. The GHMC alerted its administration to take up precautionary...
News

Manikonda Nala Death: Suspends Official for the Death of the Engineer

TRS is at loss, BJP wins more than expected

The Telangana Rashtra Samithi(TRS)'s dream of winning 100 seats of all 150 seats in the GHMC elections...
Columns

Why does Amit Shah want BJP rule in Hyderabad ?

Amit Shah said that the BJP want to free Hyderabad from the Nawab Nizam Culture. He addressed...
News

Hyderabad is now going to be a cleaner and greener Hyderabad by the new project taken up...