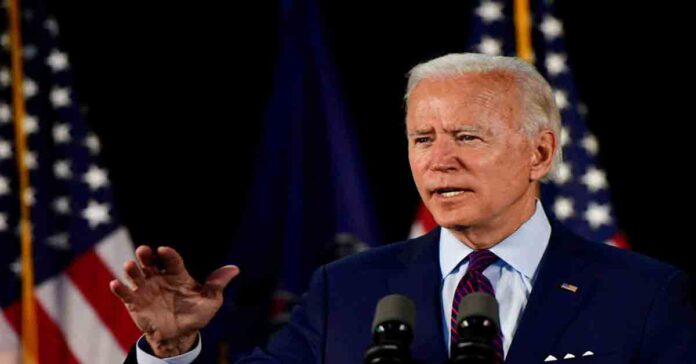 This was stated in a policy paper recently on Biden’s website. It said that there are some inconsistencies in the NRC and the CAA which could be a threat to the country’s long tradition of secularism, multi-ethnic and multi-religious democracy.

During Biden’s election campaign, a group of Hindu Americans had visited him and expressed their concern regarding the above issues. Biden consented to help them as he understands the pain of Muslim- Americans.

Mr. Biden has been in the U.S. Senate for decades and as the vice president under the previous president Barack Obama for eight years. Biden is known as one of the best friends of India and Indian-Americans.

Biden had played a key role in the passage of the Indo-U.S. civil nuclear deal and as vice president, he advocated increasing the bilateral trade to $500 billion per annum. Most of us do not know that Mr. Biden regularly hosted Diwali at his vice-presidential residence and is well-connected with the Indian-Americans.

Mr. Biden understands the issues impacting India, issues of cross border terrorism, influx of terrorism across borders in Kashmir, issue of Hindu minorities’ sufferings in Kashmir, issues in the Indo-Pacific region with China, and the rising role of India as a stronger U.S. ally in all areas including economic growth, counter-terrorism, fight for human rights, climate change and global security.

Joe Biden has been disappointed when the special status of Jammu and Kashmir was abrogated, under Article 370 of the Constitution on August 5 last year and bifurcated it into two Union territories — Ladakh, and Jammu and Kashmir.

However, India has defended its move. The Indian government says that the special status provisions only gave rise to terrorism in Jammu and Kashmir. It has asserted that the abrogation of Article 370 is its “internal matter“.

The Indian government maintains that the CAA, which was passed by Parliament, and the updation of the NRC in Assam, as an internal matter of the country. They claimed these changes have been made under the supervision of the Supreme Court.

Hence, as it is an entirely internal process, all measures would be taken to protect the oppressed minorities of neighboring countries.

India has every right to define its own policies and would not like any country to interfere in it. With new changes in the Presidential elections and Joe Biden coming into power, we need to wait and watch the clash of the titans now.

Lisa Marie Presley, the only daughter of the famous singer Elvis Presley died at the age of...
International

FAA system outage halted hundreds of domestic flights across US. US President Joe Biden has ordered for...
International

A six-year-old boy shot and injured a teacher in Virginia on Friday. According to the Newport News...
International

Pakistan is in terrible financial straits. Moreover, the rise in unemployment only adds to the country's troubles....
International

Canada has prohibited the sale of residences to foreign people as financing. A ban on foreigners buying...
International

Former Pope Benedict XVI died at the age of 95

Former Pope Benedict XVI died at the age of 95 at his Vatican residence, nearly a decade...
International

Hyderabad: Rajiv Gandhi International Airport (RGIA) has been named one of the most punctual airports in the...
Load more