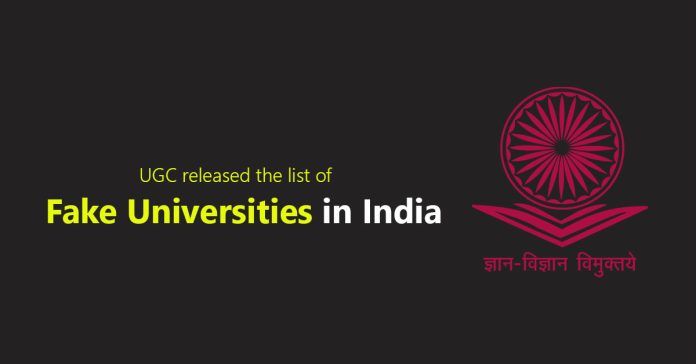 The University Grants Commission, declared 21 self-styled institutions as fake universities. In addition to that, two other institutions are declared fake for violation of norms. However, the details of the universities from every state can be found on UGC’s website ugc.ac.in.

The notice according to the UGC says, “Students and Public at large are hereby informed that presently following 21 self-styled, unrecognized institutions which are functioning in contravention of the UGC Act, have been declared as fake universities and these are not empowered to confer any degree.”

The following universities are declared fake by UGC

ALSO READ: List of 24 Fake Universities identified in India, highest from UP

Hey Guys!!! good news for aspirants who are waiting for the announcement of the TSPSC Group 4...
Awareness

Shraddha and Aftab Ameen Poonawala worked at the call centre for a multinational company in Mumbai where...
News

In the West Godavari district of Andhra Pradesh, four students from a private engineering college in Bhimavaram...
Load more