A division bench of Telangana High Court on Monday lifted the restrictions of not playing music after 10 pm. 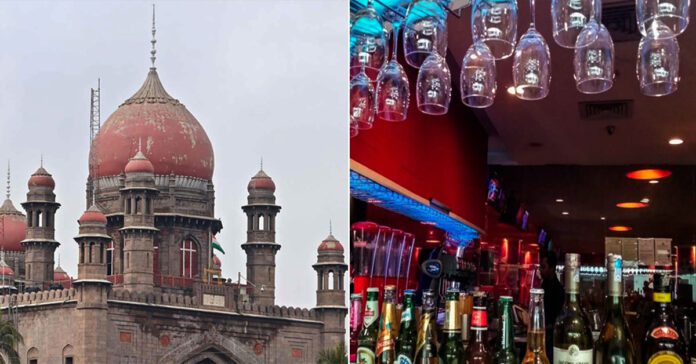 The Telangana high court (HC)gave relief to the managements of pubs and similar establishments in the city. However, pubs located in residential areas of Jubilee Hills will have to continue with the ban. A division bench of Telangana High Court on Monday lifted the restrictions of not playing music after 10 pm.

Earlier, a single judge had passed orders stating that pubs allowing music after 10 pm was a violation of Noise (Pollution) Regulation Act. on September 12. Moreover, the judge had directed the police to take stringent action against all violators.

Subsequently, Pub-owners and the management association later filed appeals before a division bench objecting to the curbs that were imposed.

A bench comprising of Chief Justice Ujjal Bhuyan and Justice C.V. Bhaskar Reddy, felt that the single judge extending the orders to all the pubs was invalid.

The plea before the single judge was that pubs, bars and restaurants in residential areas in and around Jubilee Hills were creating disturbance till 2 am. Customers who came to the parking lot late in the night were causing troubles to the locals.

“When working hours and lifestyles are changing, one cannot stop such things. Moreover, Hyderabad is a city where youngsters come to work from across the country. So, in our opinion imposing restrictions on pubs is beyond the usual,” Chief Justice Bhuyan observed.

The bench said that it will hear the appeals along with the petitions before the single judge, by converting them into public interest litigations. However, the matter was adjourned to November 17.

Nalini Sriharan, is the longest- serving woman prisoner in India. She is one of the seven convicts...
Judiciary

Justice D Y Chandrachud was appointed as the 50th Chief Justice of India (CJI). He will serve...
Crime

Senior lawyer, Mukul Rohatgi declined the centre’s offer to return as the Attorney general of India. He...
Judiciary

Kerala High court slammed youngsters for spoiling the culture in the society and disturbing the sanctity of...
Judiciary

Democracy can never be a Police State – Supreme Court