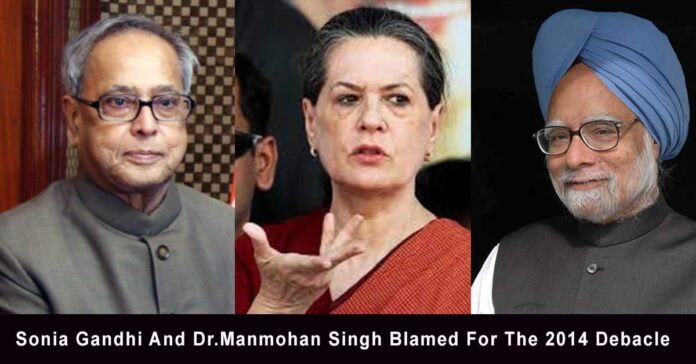 Pranab Mukherjee wrote in his book that some of the congress party members believed that if he had become PM in 2004, Congress wouldn’t have performed poorly in 2014 elections.

Former President of India Late Pranab Mukherjee in his memoir wrote his final remarks about the Congress leadership. Pranab Mukherjee, said that after he became President, the Congress deviated from the political direction. He also mentioned that some party members believed that if he had become the Prime Minister in 2004, there would Congress wouldn’t have to face a crushing defeat in the 2014 Lok Sabha elections.

Pranab Mukherjee, who died on July 31, due to health complications at the age of 84, had written his memoir ‘The Presidential Years’ before his death. This book, published by Rupa Publications, will be available to readers from January 2021. This book is being published, when the party is going through internal turmoil.

‘If I had become the Prime Minister, the Congress would not have performed poorly in 2014’

In his book, Mukherjee wrote, “Some party members believed that if he had become the Prime Minister in 2004, the Congress would not have lost a position in the 2014 Lok Sabha elections.” He writes that he does not agree with this opinion. He maintains that the party leadership lost political direction after he became President. He said that Sonia Gandhi was unable to handle the affairs of the party, and the long absence of Manmohan Singh from the House put an end to any personal contact with MPs.

The former president wrote, that he believes that the moral right to rule lies with the Prime Minister. The entire governance system of the country is a reflection of how the Prime Minister is functioning and how well he is able to take care of the administration. Unfortunately, Dr. Singh was busy protecting the coalition. This had an impact on governance.

The memoir throws light on the long journey of Pranab Mukherjee’; from childhood to being president in a village in West Bengal. The Memoir of Mr. Mukherjee, The Presidential Years’ will be released globally in January 2021 by Rupa Publications.

ALSO READ: Pranab Mukherjee Passes away- “The Man of all Seasons”

According to NDTV, the Congress refused to give Prashant Kishor a free hand. Earlier, they had agreed...
Columns

Elderly Woman Transfers all Her Property to Rahul Gandhi

An elderly woman from Dehradun, Pushpa Munjial, has filed a will in the district court on Monday....
News

Partnership with Prashant Kishor did not work out: Priyanka Gandhi

Prashant Kishor joining Congress was the talk of the town few months ago. Firstly, they said it...
News

Navjot Singh Sidhu resigns as President of Punjab Congress Committee. He resigned from the post and sent...
News

Former Union minister and youth leader Jitin Prasad, who has been angry with the Congress for a...
International