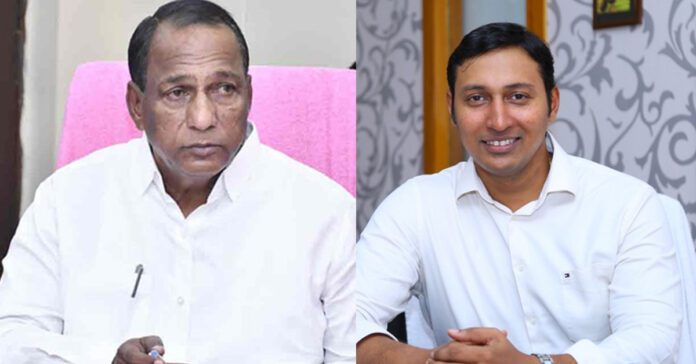 Telangana Labour Minister Malla Reddy’s son allegedly beaten brutally by CRPF personnel & IT officials during the IT raids. The Income Tax officials are carrying out searches at educational institutions and houses of the relatives of Minister Malla Reddy in the city. The raids which began on Tuesday morning and are continuing.

The Income Tax department conducted raids at all the educational institutions run by Mr. Minister Ch. Malla Reddy and the relatives of his relatives.

Apparently, the Income Tax officials came in 50 cars and divided themselves into groups and raided the educational institutions and houses of the relatives of the Minister.

However, on Wednesday, raids the Minister’s son Mahender Reddy complained of chest pain and was rushed to hospital.

Malla Reddy visited the hospital and met his son. Afterwards, he told media persons that the I-T officials along with CRPF personnel attacked his son and beat him brutally.

Minister Malla Reddy alleged that the BJP is targeting him and intimidating. He told reporters, “We provide education to students from economically backward families and mold their lives. We are not doing any smuggling.

BJP MP Dharmapuri Aravind was attacked at his residence in Hyderabad on Friday by TRS workers. The...
Inspiring

The city of Hyderabad will host the first race of the first season of India’s street circuit...
Crime

Telangana to get electric double decker buses soon on its roads. There has long been a desire...
News

A special court in Bangalore has sentenced a 22 years old engineering student for five years, for...
Load more