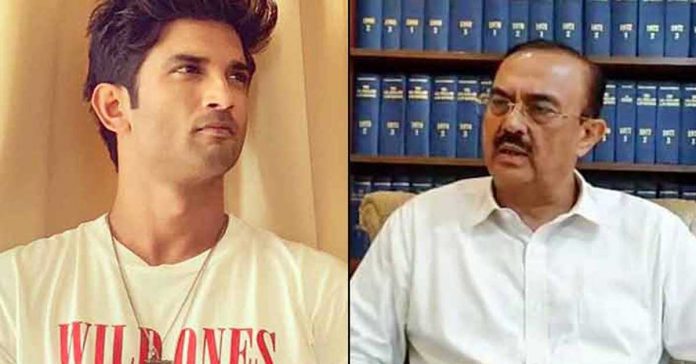 Mysterious case of the death of Bollywood actor Sushant Singh Rajput turns murkier day by day. It not only makes everyone astonished but also has come up with several things that made the case more mysterious.

Senior advocate Vikas Singh, who is representing the kin of the late actor Sushant Singh Rajput said that the last few pages of his personal diary will be beneficial to solve this case. According to him as Sushant had a habit of writing everyday then he must have written something about the suicide. They assume that he might have written,  why he has taken this step or if it is a murder case then who in his life was a threat.

“Jurisdiction is just used as an excuse by the Mumbai Police not to give assistance to the Patna Police to probe the case as the law is well settled and there is provision in law to provide such an assistance,” said Singh.

“There was no jurisdictional issue and there will be no jurisdictional issue. According to me, Patna had the jurisdiction as the place where consequences of the crime was felt. There is jurisdiction under section 179 of the CrPC with Patna because his father was living in Patna and also for the reason that 406 IPC case is made out against Rhea and the legal heir of the property in question is Sushant’sfather, Patna clearly had jurisdiction,” the lawyer added.

Mumbai Police is tempering down the greatness of the crime they said they didn’t file a FIR because they didn’t had any direct information about the murder. According to the Mumbai Police they support that it was a suicidal case.

According to the lawyer if it came out to be murder case then the players would remain the same as the whole staff staying at his house was placed by Rhea only and they are definitely involved if it was a murder. He also added that as the case was sent to the CBI truth will surely come out. Photographs taken from the crime scene, post mortem report and apart from this the Call Details Records (CDRs) helped them for further investigations.

Some Call Detail Records which have come out in public domain show that not even a single call was exchanged between Sushant Singh Rajput and his live-in girlfriend Rhea between June 8 and June 14.

Lawyer said they filed FIR against Rhea who blocked the actor on 8 June and then she left his home along with all his medical reports, laptop, and valuable items. He claimed that this blocking was the reason why the late actor took the decision.