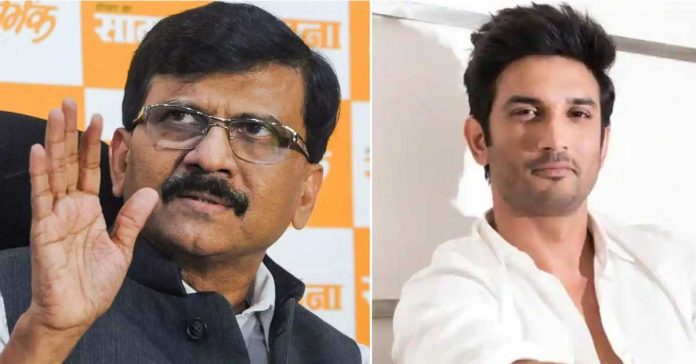 Mysterious case of the death of Bollywood actor Sushant Singh Rajput turns murkier day byday. It not only makes everyone astonished also come up with several things that make thecase more mysterious.

Shiv Sena MP Sanjay Raut has slammed the Centre as they hand over SSR ’s case to Central Bureau of Investigation (CBI). According to him this decision is taken for political gain.

He said that as the case is handed over to CBI it attacks on the state’s autonomy. He also added that Centre’s intervention in the case is an insult to Mumbai Police. CBI is a central agency, they are best in their work but it has been proved time and again that they are not impartial. There are many states in India that banned CBI. In West Bengal when CBI tried to intervene in the Saradha Chit Fund case, people opposed against them.

“Even Prime Minister Narendra Modi and Union home minister Amit Shah were of the same opinion about the CBI when they were active in Gujarat politics. They had opposed the transfer of Godhra riots and the subsequent killings (in Gujarat in 2002). What is wrong if the same feelings are expressed after the transfer of the Sushant Singh death case to the central agency,” he questioned.

Raut also accused the BJP for defaming the state government under Sena chief Uddhav Thackeray with the help of a section of media. One TV channel used abusive language for chief minister Uddhav Thackeray. This disgraceful news makes sad many including Nationalist Congress Party (NCP) chief Sharad Pawar. Expressing his discontent over the disrespect to Thackeray. Media support the Opposition party, who wants to destabilize the Government.

The Opposition has been linking state minister Aaditya Thackeray with the Sushant’s case just because he shared cordial relations with some of the Bollywood actors. More disturbing is the Opposition’s stand on the entire episode as they have stood firm in support of the Bihar Police.

He has also slammed Mumbai Police for enormous delay in the investigation. “Sensing the high-profile character of the case, they should have ensured briefing of the case to the media every next day. Police came under tremendous pressure after the linking of a state minister to the case. The police should have clarified that they will register a statement of the politician or minister if they found any connection. By inviting the Bollywood stars to record statements, the police gave room to gossiping,” Raut added.