Not me, probe into Sushant Singh Rajput death case was quarantined in Mumbai: Bihar IPS officer 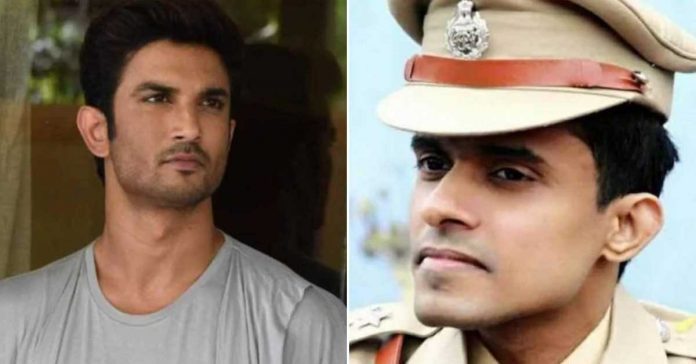 Vinay Tiwari, an IPS officer from Bihar, has alleged that the investigation by Bihar Police into the Sushant Singh Rajput death case was obstructed, after he was released from quarantine here on Friday morning.

Tiwari had come to Mumbai as part of the Bihar Police’s investigation into the Bollywood actor’s suicide case. He was sent to Mumbai after an FIR was registered in Patna by Sushant’s father accusing actress Rhea Chakraborty, her family and six others of abetment to suicide.

Surprisingly, the IPS officer was put in quarantine by the Brihan Mumbai Municipal Corporation (BMC) under COVID-19 protocols. The IPS officer accused his counterparts in Mumbai of attempts to scuttle the probe in the actor’s death case. He left for Patna, after being released from quarantine today.

The BMC allowed Tiwari to return to his home state, today. An official said Tiwari, Superintendent of Police of Central Patna, has been exempted from quarantine protocols.

The Supreme Court observed that the Mumbai Police has attempted to stretch the attention of Section 174...