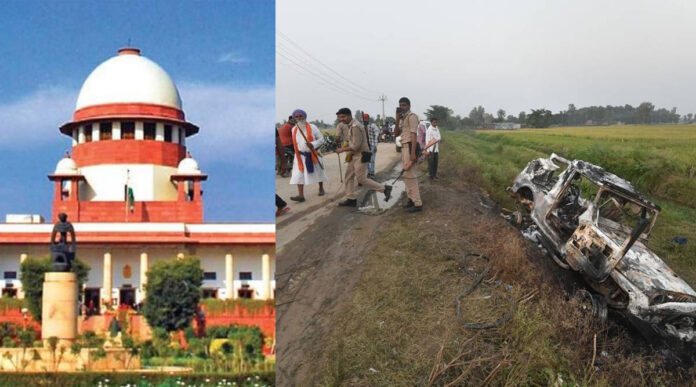 The Supreme Court of India on Monday expressed its dissatisfaction regarding the investigation of the Lakhimpur Kheri case. It called it as the “mixing up” of investigation in the cases.

The Supreme Court is dissatisfied in the investigation relating to the incidents that happened in Lakhimpur Kheri on October 3. Hence, it has proposed to appoint a retired judge to oversee the investigation till the charge sheet is filed.

In the Lakhimpur Kheri case, eight people including four farmers, were killed in violence during a farmers’ protest. Union Minister of State for Home Ajay Mishra’s son Ashish Mishra was arrested along with 10 more people in connection with the case.

“What it appears to us is that this SIT(Special Investigation Team) somehow or the other is unable to maintain investigative distance between the cases” said Justice Surya Kant, who is part of a three-judge Bench headed by chief Justice of India N V Ramana.

Furthermore, he said, “To ensure that evidence are recorded independently and there is no overlapping and there is no intermixing of the evidence, we are trying to appoint a retired judge from a different High Court to monitor the investigation on day-to day basis. We are not confident… We don’t want judicial commission appointed by your state to continue…”

Moreover, Justice Hima Kohli, who is part of the three-judge Bench hearing the case. She suggested the names of Justice(retired) Ranjit Singh from Punjab and Haryana High Court and J Rakesh Kumar Jain.