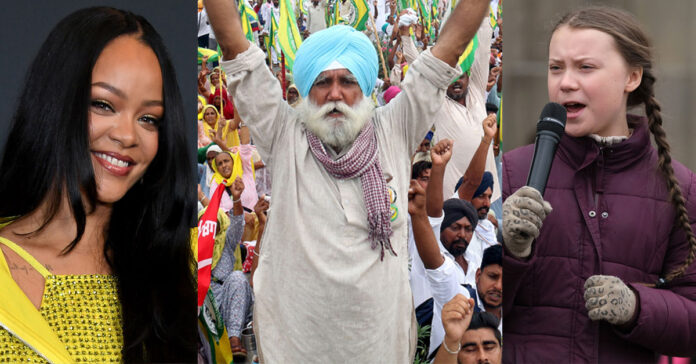 Journey of farmers protest was a sequence of controversies during the year-long farmers’ movement. The year-long movement against the three contentious laws came to an end recently. The analysis of the farm protests, right from the beginning to the end reveals they were so many controversies.

The protestors felt that there is a need to protest against the ‘contentious agri laws’. The farmers from many states marched towards the Capital, Delhi in November last year. They set up a camp at the entry points and lived in tents in the country’s capital for last one year.

The farmers had vowed that they would leave only after the farm laws were repealed. Weeks after they vowed not to return till the farm laws are not repealed, unprecedented scenes were seen in the tractor rally. Moreover, the protest turned violent on the Republic Day. Many security personnel and farmers were injured in the violence.

Soon after the violence, the Greta Thunberg ‘toolkit’ controversy cropped up and they was lots of drama and action by arresting many social activists. Many journalists and activists were arrested during this period.

Next came the Rihaana controversy. There was much hue and cry after Greta and Rihanna supported the farmers rather than the government. That’s how a new word ‘Toolkit was introduced in India.

In February, our Prime Minister, introduced a new word, ‘andolan jeevi’ while quoting the farmers as a breed who can not live with out ‘Andolan’. Hence, he called them ‘andolanjeevi’.

In March, gunshots were fired at the protesting site. Fortunately, no one was injured. In October, a massive controversy erupted as an SUV, belonging to the son of Ajay Mishra, State Home Minister. mowed 11 people down. However, more than dozen were arrested.

Recently, the Prime Minister of India, recently repealed the farm laws. The chief of Samyukt Kisan Mocha announced that they would not stop their agitation even if the laws are repealed.

He demanded that the law should be passed in the Parliament by both the houses and also accepted by the President of India. He also demanded unconditional withdrawal of cases against the protesters.

However, the SKM announced that the farmers would head to their homes from December 11 from the protest sites.