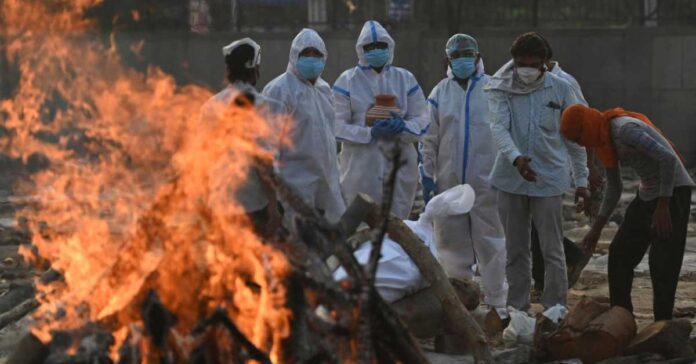 The world’s highest single-day COVID death toll is reported on 9 June,2021. The record spike happened after Bihar revised figures to audit deaths at home or in private hospitals.

India recorded its highest ever single-day death toll from COVID-19 is 6,148. There is a sharp increase in its figures to account for people who died to the virus at home or in private hospitals.

It is said that the country has recorded lesser corona cases in the last three consecutive days. Active cases stand at nearly 1.17 million.

It is important to mention that a total of 22.7 million COVID-19 doses have been administered nationwide, including 3.4 million over the last 24 hours.

India has the second-highest number of coronavirus cases in the world after the US.

Why did Bihar revise its numbers?

According to a reports by NDTV, an audit of deaths revealed that while 1,600 people died of COVID in Bihar between March2020 and March 2021. Furthermore, it is known that the number of deaths from April to June 7 this year was 7,775. This is about six times more than the official numbers.

It has become obvious that thee are thousands of unreported deaths in Bihar. It also build suspicion that the death tally across India must be significantly higher than the official figure.

ALSO READ: What is White Fungus? Symptoms, Who is at Risk?

A man by name Arjun Pandit was given a punishment of 5 sit-ups for raping a 6...
News

Prashant Kishor announces his future plans and declared his retirement from political management recently. He announced that...
Business

Priyanka Gupta a young economics graduate has set up a tea shop named Chaiwaali and sells a...
Health

The Central Board of Secondary Education (CBSE) announced that it will conduct special board exams for classes...
News

When the whole world is celebrating Diwali, at least 24 people have died and several others fell...
Health

Covid-19 Pandemic has brought things from better to worse for some. Most of them lost their loved...
Load more