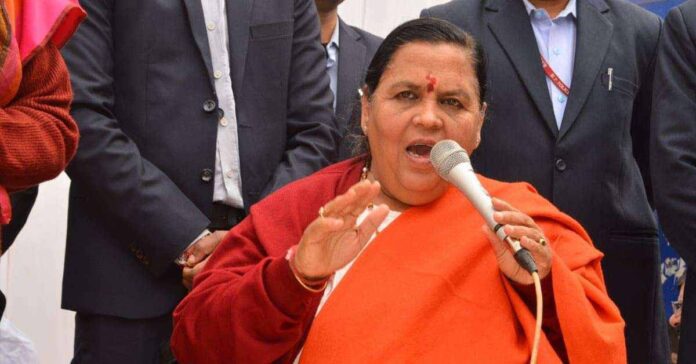 There is a roar of opposition in BJP. Politics have escalated following the statement of Home Minister Narottam Mishra of new liquor shops in Madhya Pradesh.

The former Chief Minister Uma Bharti publicly opposed this. And gave a counter to this statement. She wrote on social media – ‘the greed of a little revenue and the pressure of the mafia does not allow liquor to be banned’.

Through this statement on social media, Uma Bharti has made an appeal to the party’s national president JP Nadda over prohibition. In her statement she wrote – I appeal to the public to prepare for liquor ban in BJP ruled states.

She has reminded that there were more number of deaths due to poisonous liquor in Madhya Pradesh and Uttar Pradesh, when compared to deaths during the lockdown, as there was a ban on liquor.

She said that Nitish Kumar won in Bihar elections in spite of the political pressure, because of his decision to ban liquor in Bihar. Women voted for him voluntarily due to the ban on liquor.