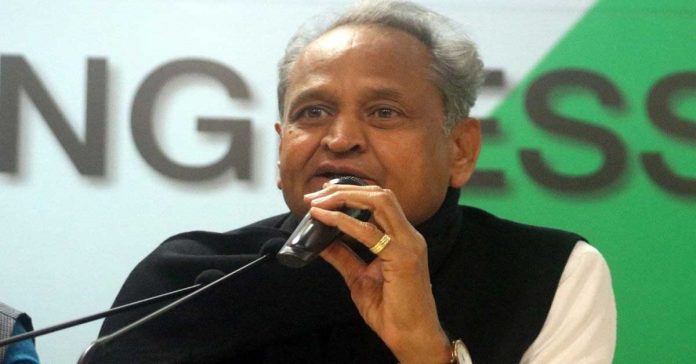 The Enforcement Directorate (ED) has issued summons to Rajasthan chief minister Ashok Gehlot’s brother Agrasain Gehlot. It has asked him to appear before it at its headquarters in Delhi on Wednesday.

According to the officials, this summon is in connection with its probe into alleged money laundering in the export of fertilizer meant for Indian farmers.

The summons have come almost a week after the ED had conducted raids across the country including premises of Gehlot’s brother Agrasain and his company for alleged money laundering.

The officials cited that they need to question Agrasain Gehlot as he, through his company, played a key role in the alleged violations.

ED’s probe is based on an investigation carried out by the customs department and the Directorate of Revenue and Intelligence (DRI) in 2009 in the export of Muriate of Potash or MOP, which is a restricted commodity for export under the foreign trade policy.

35,000 metric tonnes of MOP, having value of Rs 130 crore in international market, is suspected to have been diverted by Gehlot’s company, against the laws.

The anti-money laundering probe agency had, on July 22, conducted raids at his premises apart from several companies and individuals in Rajasthan, Delhi and West Bengal.

A Customs’ department investigation report, alleges that Agrasain Gehlot’s company – M/s Anupam Krishi –played a key role in the export of MOP to companies in Malaysia and Singapore.

It added that Agrasain Gehlot “knowingly opted to become a part of the syndicate in the entire chain of conspiracy by facilitating the said consortium (of private companies) by supplying subsidized MOP, which was meant for sale to farmers only and forged documents for which he admittedly gained certain amount as his commission”.

ED and the income tax department are also investigating Ashok Gehlot’s son Vaibhav Gehlot in connection with his links with a hotelier.

The Income Tax department, had on July 13, conducted raids at several places in Rajasthan and Delhi belonging to three business groups on charges of tax evasion and had recovered around Rs 12 crore in cash.

The Congress had, on July 22, termed the ED action against Ashok Gehlot’s brother a “raid raj” created by Bharatiya Janata Party (BJP) leadership in Delhi. The party added that the Centre was using federal agencies to arm-twist lawmakers to bring down the Ashok Gehlot government.