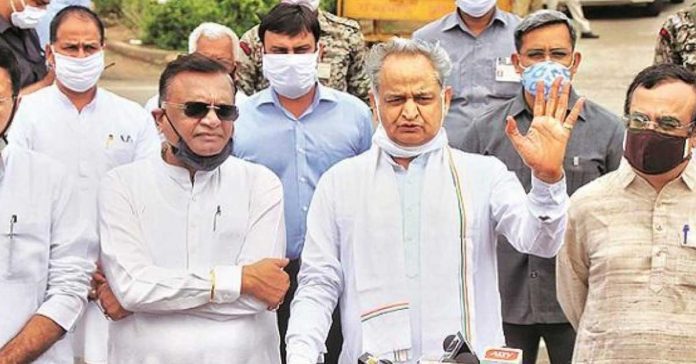 Ashok Gehlot and his MLAs have demanded a special Assembly session within 48 hours.  The Governor maintains that he cannot allow an Assembly session in such short time amid COVID-19 concerns.

Reacting to the Governor’s response, the Rajasthan CM has accused Kalraj Mishra of responding in a negative way as he is under the pressure from the top.

Sachin Pilot and 18 other dissident Congress MLAs, got some relief, earlier in the day, as the Rajasthan High Court ordered status quo to be maintained in the disqualification case against the Pilot camp.

With the HC order, no action can be taken on disqualification notices against dissident MLAs as of now. The Supreme Court will resume its hearing into the matter on July 27.

The Speaker had approached the Supreme Court urging it to stay the High Court proceedings on Pilot and camp’s petition. However, the apex court on Thursday refused to restrain the HC from passing its order.