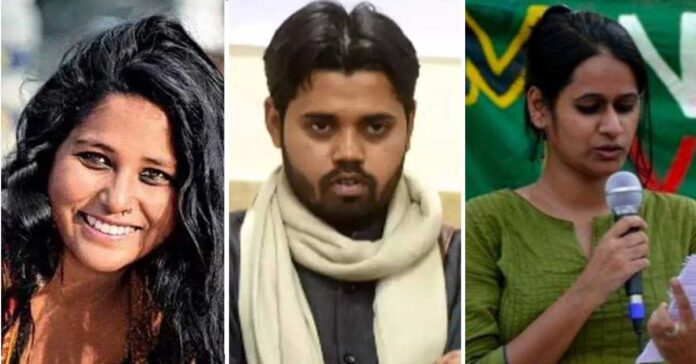 Delhi Riots Case: A Delhi High Court on Thursday issued warrants for the release of student activists – Devangana Kalita, Natasha Narwal, Asif Iqbal Tanha. They were granted bail from the High Court in the Delhi riots case on June 15.

In addition to this the Court also dismissed the applications filed by Delhi Police seeking more time.

The three students were arrested in May last year in the Delhi riots case. These arrests were made under the stringent Unlawful Activities (Prevention) Act (UAPA). The warrants came two days after the Delhi High Court granted bail to the three activists.

Hours before today’s release order the three activists had approached the High Court.

The continuing custody despite clear mandate of law, beyond 24 hours since direction to verify sureties, is illegal. Direct the authorities to release us forthwith” the three said in their plea.

When the plea reached the High Court, the court questioned the delays- it demanded to know why was the verification of Aadhaar numbers needed, f police was following the required process.

The three activists are expected to be released by 5 PM.

ALSO READ: Right To Protest is Fundamental Right, Not a Terrorist Act -HC