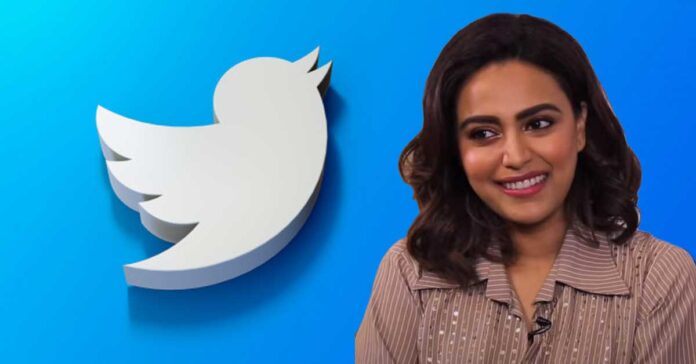 Swara Bhasker, Twitter Head and others “spread hate against the citizens” by circulating the video and giving a “communal color” to it, said the complainant.

Delhi Police said that they have received a complaint against actress Swara Bhasker, Twitter MD Manish Maheshwari, journalist Arfa Khannum and many others over their tweets. They tweeted about an elderly man who allegedly assaulted in Ghaziabad on June 5.

It is said that Amit Acharya, an advocate, complained at the Tilak Marg police station in Delhi on Wednesday.

He demanded the Delhi Police register an FIR against Twitter Inc, Bhasker, Maheshwari, Sherwani and a man named Arif Khan and book them under IPC sections 153 (provocation for rioting) 153A (promoting enmity between different groups),295A (acts intended to outrage religious feelings),505 (mischief) and 120B(criminal Conspiracy).

This elderly man was offered an auto ride. After that they took him to an isolated place and beat him, and forced him to chant Jai Shri Ram.

Apple and Amazon are once again running advertising on Twitter. Elon Musk independently verified that Apple has resumed...
News

As details about the horrifying murder of Shraddha Walkar continues to unravel, the Crime Branch has found...
Business

Elon Musk gave an update about blue tick this morning and tweeted that he is holding the...
News

A video of Aam Aadmi Party MLA, Gulab Singh Yadav beaten up by his party workers in...
Load more