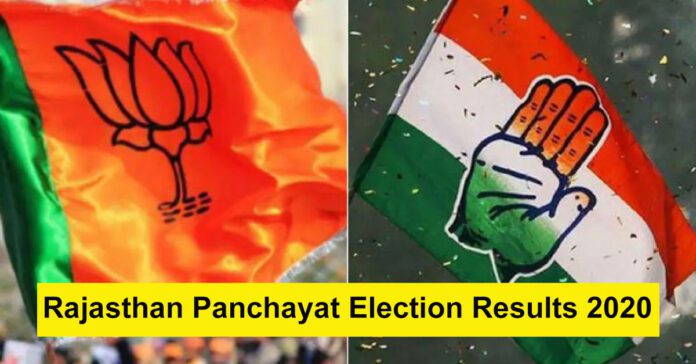 The BJP has also swept panchayat samitis of these 21 districts. The Congress has majority in 81 while BJP has a majority in 93 Panchayat Samitis.

There are 42 such panchayat samitis where no one got majority. At the same time, other parties occupied five panchayat committees.

While Congress has got majority in Hanumangarh, Pratapgarh, Jaisalmer, Banswara and Bikaner. At the same time, no party has got an absolute majority in Barmer, Dungarpur and Nagaur.

Since Congress is ruling in Rajsthan, it here were assumptions that it would be able to maintain its govt in the state. The party was assumed that Congress will have an upper hand in the district council and panchayat polls. However, the results were contrary to the belief.

Congress was in a state of shock as the results were very depressing. The party didn’t respond till late night, after the election results.

Arun Singh, the National General Secretary of the Bharatiya Janata Party and in-charge of Rajasthan, thanked the people of the state for making the party victorious.

He congratulated National President JP Nadda for the victory, the winning candidates as well as the Rajasthan BJP team. Whereas former CM Vasundhara Raje remarked that this result is a defeat of the lies and arrogance of the Congress government.

A 63-year-old mahant Amarpuri alias ‘Billu’, is fondly known as 'Baba Jalebi'. He is a mahant at...
Education