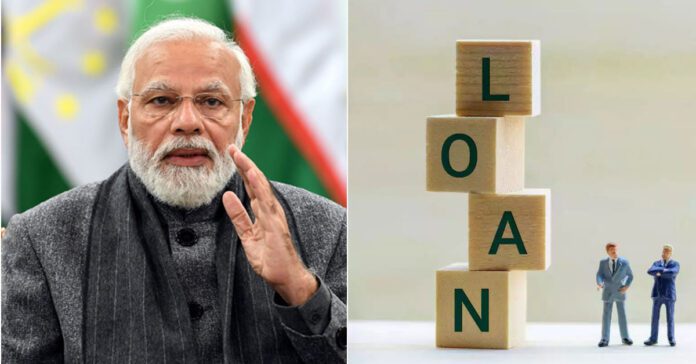 10 lakh crore corporate loans have been waived in the last five years by the Modi government. Unpaid debt in the bank’s account, i.e. corporate owners have taken loans from banks and have not paid them back. That amount has been waived by the government at the centre.

“They want to show this as their operational success or efficiency.” And the finance minister bragged in her speech that it was because of her efforts that the banks were able to achieve this success.

The money given by the bank as a bank loan is not the personal money of the finance minister or bank officials. People of the country save their hard-earned money in banks.

That is the money that banks give as loans to corporate traders. Corporate owners receive money earned by the public through banks as loans. As always they do not pay that money and sit with their hands folded.

This is how the number of unpaid loans from the banks increases. The banks’ only source of income is interest on loans. When a corporate entity defaults on debt, income takes a hit as does capital. In this situation, when the government should take strict measures to recover the debt.

Instead of doing it, the Modi government is giving huge loot to the corporate by waiving the debt. But it is being promoted that the non-performing loans of the banks are decreasing.

Notably, since the Modi government came to power, the amount of corporate loan waivers has increased gradually.

“2017-18 onwards, this Suit-boot government has written off loan worth 10 lakh crore, making the Public Sector Banks suffer a loss of more than 7 lakh crore”.

The Leader of Opposition in Rajya Sabha also shared a written reply to a question asked by him in the House on how much of bank loans were waived off during the last five years.

“Almost in line with the pace at which corporate loan waivers have increased since the introduction of electoral bonds, corporates have funnelled huge sums of money into the BJP’s funds” through electoral bonds.

More significantly, the corporate tax rate has also been reduced significantly since the election campaign began.