Zuckerberg grilled by Senator on Tool ‘Tracking Users Across Internet’ 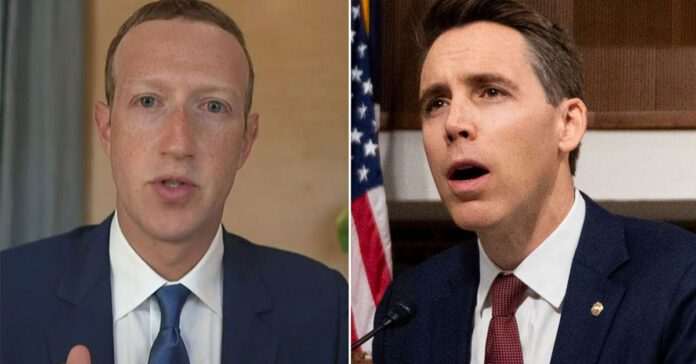 Facebook’s Mark Zuckerberg, was grilled by Senator on ‘Centra‘ a tool allegedly used for “tracking users across the entire internet”

Facebook’s Mark Zuckerberg, had to appear before Senate Committee hearing on Tuesday, 17 November. A Republican lawmaker quizzed Facebook CEO Mark Zuckerberg. He was questioned on a secretive tracking software that FB is alleged to be using to track users “across the entire internet.”

Though Zuckerberg denied having any knowledge of such a software, still he was grilled further on the issue with Senator Josh Hawley, Republican of Missouri. The Senator asked him “how many accounts in the United States have been subject to review and shut down through Centra?”

Zuckerberg Gets Grilled on Centra Tool

Senator Hawley asked, “Mr Zuckerberg, tell me about Centra. What is the Facebook internal tool called Centra?”
Zuckerberg replied, “Senator, I’m not aware of any tool by that name,”. The situation had already become tense as it was alleged that FB used an internal tool called ‘Tasks’ which was used to coordinate with Google and Twitter to censor conservative voices across platforms.

Hawley further questioned Zuckerberg about ‘Centra’ and also informed him about it showing him a screenshot of it. “Centra also uses behavioral data to monitor users’ accounts even if those accounts are registered under a different name — and you can see a screenshot provided to us of the Centra platform’.

Zuckerberg was also questioned about how many accounts in the United States have been subject to review and shut down through Centra. Zuckerberg replied that he was not familiar with the name of that tool.

He said that, he was sure FB has tools that help them in their platform and community integrity work, but was not familiar with that name of the tool.

Zuckerberg replied to the Senator, saying that he was not familiar with the tools and that he would be happy to follow up and return with the information needed.

Mark Zuckerberg, CEO of Meta responds on mass layoffs and calls himself responsible for the layoffs in...
News

Facebook which changed its name to Meta recently has changed the way it fires workers too. This...
News

Facebook is Down again? Hundreds of users report the outage

According to the reports of Down Detector, hundreds of Facebook users were unable to access their FB...
News

FB, Twitter and Insta may not work in India from 26th May

Resign Modi the number one trending hashtag on Twitter said that it temporarily blocked it by mistake. In...
News

There were many questions being raised about Facebook, the social media giant’s alleged bias towards the BJP....
International