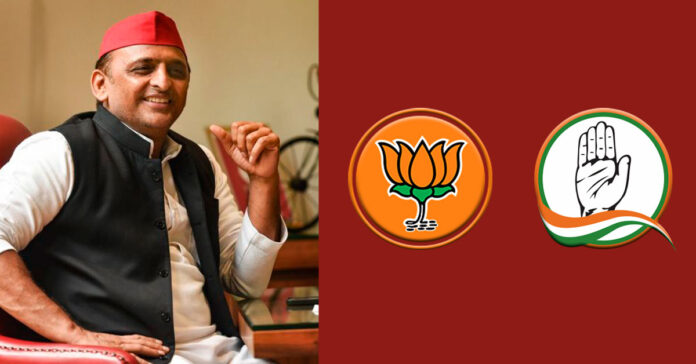 Akhilesh Yadav attacked the Congress, saying there is no difference between the grand old party Congress and the BJP.

The chief of Samajwadi Party compared Pakistan’s Muhammad Ali Jinnah with Mahatma Gandhi and Sardar Patel. He made a statement that all of them fought for India’s independence.

Furthermore, he said “It was Iron Man Sardar Vallabhbhai Patel who imposed a ban on an ideology”.

According to the ANI, Akhilesh Yadav is reported to say that “Investigation of Enforcement Directorate(ED) and Central Bureau of Investigation (CBI) that is going on against us and other leaders is because of Congress only. There is no difference between them (BJP and Congress). Congress is BJP and BJP is Congress,”