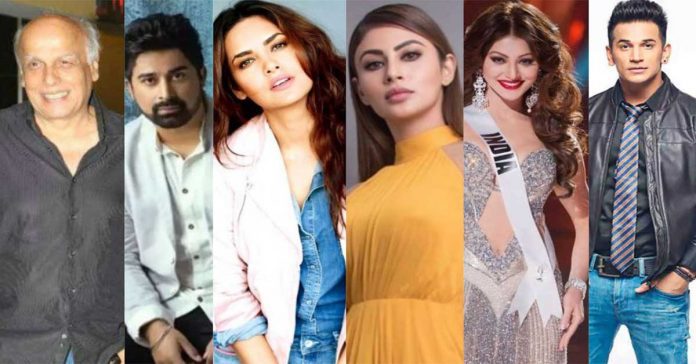 Social activist Yogita Bhayana had filed a complaint against a company’s promoter for allegedly blackmailing and sexually assaulting girls; he said to give them opportunities. She posted this video on 15 July, 2020.

On the basis of Yogita’s complaint,The National Commission for Women (NCW) has issued a fresh notice to Bollywood filmmaker Mahesh Bhatt, and actress Urvashi Rautela, Esha Gupta among others for recording witness statements on the complaint against  Sunny Verma, promoter of IMG Ventures,  and his accomplice. The notices were also sent to RannvijaySingha, Mouni Roy, Prince Narula, for recording of witness statements.

The NCW said that “despite directing to appear before the Commission and intimating the same through all possible modes of communication, these people have neither bothered to respond nor attended the scheduled meeting.”

NCW take serious action those didn’t show up for statements. The meeting has been scheduled on August 18 at 11.30 AM. They also added notices will be sent to them again.

According to Yogita Bhayana promoter Sunny Verma invites girls on the pretext of organizing a Miss Asia contest and also claimed that this contest will help them to launch in industry. Mumbai is a big city and everyone comes to this city with lots of hope and dreams. But demons like Sunny take the advantage.

To make this whole scam look genuine, his company has also been taking an entry fee of Rs 2,950. The female accomplices of Sunny Verma told the girl’s to submit their nude pictures in order to get the better ranking in the contest.

Once he established physical relationships with the girls, he used to blackmail them to meet his sexual needs.  Many girls across the country were assaulted by him sexually. The complaint had also cited letters, audio clips, and texts from several girls as a proof of Sunny Verma’s activity.

Is Rhea Chakraborty in a relationship with Mahesh Bhatt or lacks common sense?

I was watching few videos on Instagram, I came across a short video, which disturbed me a...