Hathras case: A.P.Singh, the lawyer of the accused reveals the victim’s name in live show 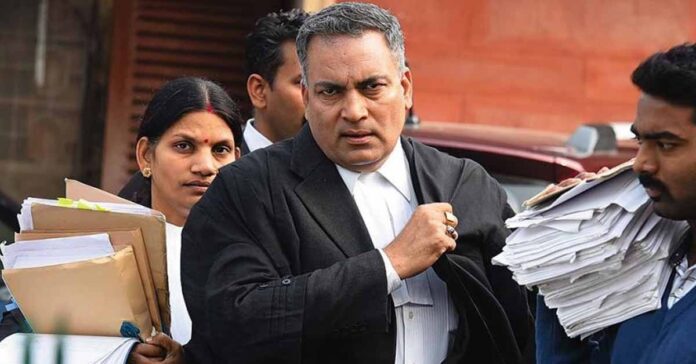 Lawyer AP Singh is fighting a case on behalf of the accused of the Hathras case. He is the same lawyer who fought the case of the accused in the Nirbhaya rape case in Delhi eight years ago.

The fight for justice for Hathras’s daughter continues by Nirbhaya’s lawyer, Seema Kushwaha. During a live discussion on a news channel, the lawyer of the accused in the case of Hathras, AP Singh, revealed the name of the victim. This is against the law of our country as our Indian law does not allow the rape victim to be named publicly. This is completely wrong according to the law.

According to the law of our country, under the Section 228A of the IPC, the person can be sentenced to a maximum of two years for exposing the victim’s name in public, and also has the right to impose fines.

Nirbhaya case counsel Seema Kushwaha, present on the panel, has demanded action against AP Singh. Seema Kushwaha said, that an FIR can be filed against AP Singh for taking the victim’s name in this way. She also added that a political angle is being given to the case. She questioned that how can the girl be killed by the family?

Social worker Yogita present on the panel during the discussion said, regarding A.P.Singh, that though he is a unique lawyer in their own right. They have no knowledge of the law. They have taken the contract to protect all the accused. She insisted that action must be taken against them as they had used bad language inside the court.

A.P.Singh in his defending statement in defense of the accused said that it was an honor killing by the family as they did not approve of the love affair. He added that the victim’s brother and the accused had a five and a half-hour conversation on the phone, which has to be found out, to understand the matter as the two were close to each other.

Hathras gangrape: BJP sinks to new low-This incident has proved again for how brutal India is when...