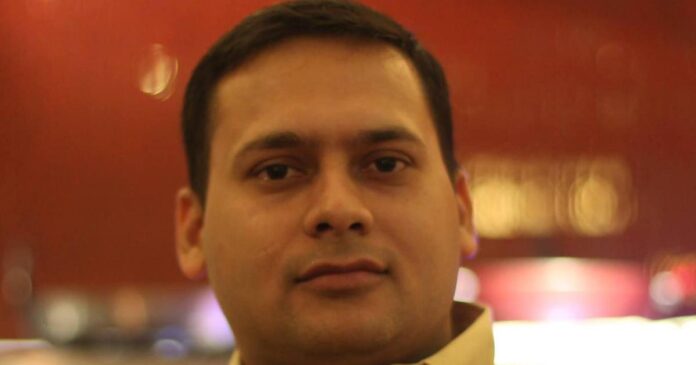 Hathras gangrape: BJP sinks to new low-This incident has proved again for how brutal India is when it comes to socialism especially both women and Dalits. Firstly, the incident reflected the shocking state of law and order and the apathy of the administration.

Adding fuel to the fire, there are active attempts to openly target the deceased victim by the saffron party which is India’s ruling party. On Friday, Amit Malviya, the head of the party’s IT cell, tweeted a video of the woman in an attempt to claim she had not been raped.

The Bharatiya Janata Party has stood down to astonishing lengths to try to cover up the mistreatment of the gangrape and murder of a Dalit woman by upper-caste Thakur men in a village in the Hathras district of Uttar Pradesh.

The whole administration has united to protect each other rather than help the poor victim and her family which it is expected to do.

This has included the administration imposing a near-curfew on the village, threatening the family in a subtle manner by a senior official and assaulting Opposition leaders.

Surprisingly, the saffron party hit a new low apart from these on Friday. The powerful IT cell head, Amit Malviya, published a video that disclosed the identity of the victim. The graphic video tweeted by Malviya is not only insensible and has framed the text incorrectly as it violates the Indian law.

Disclosing the identity of a rape victim is a punishable crime which may lead to a jail term of up to two years, according to the Indian Penal Code,

In a dying declaration,  the victim had repeatedly alleged rape, which was recorded before a magistrate on September 22 and also the first information report has been filed under an IPC section which deals with hathras gangrape.

In the video, the victim who was in a state of shock stated that she was strangled since she resisted efforts at “zabaradasti” (literally force) against her. In Hindi, the word “zabaradasti” is often used as a euphemism for sexual assault. She repeatedly alleged this in every video too, taken before her death.

However, Malviya stooped down so low that he misrepresented the contents of the video, claiming she only says there was an attempt to strangle her. He did not mention her allegations of sexual assault.

He tailor-made this graphic video to support a part of the BJP’s strategy to deny that the woman was raped. The party has pushed this narrative in spite of the fact that a medico-legal examination report prepared by the Jawaharlal Nehru Medical College Hospital at Aligarh states that the victim’s vagina had been penetrated by a penis and the use of force.

As the ruling party in Uttar Pradesh, the BJP should have worked to resolve the issue rather than cover it up and also stop such graphic videos. Instead, the BJP has doubled down on backing Malviya.

She presented her brutality and pessimistic approach by arguing “Can you elaborate which law is violated if video of the victim is posted??”  “Not one report suggests that she was sexually assaulted. Furthermore, she alleged that It is only a fiction of Lutyen media’s imagination. She questioned, “Are we governed by rule of law or the hallucinations of a few??!!”

The National Commission for Women which seems to be influenced by this line of thinking has exacerbated the issue. The Chairperson of NCW, Rekha Sharma argued that what Malviya did was a crime only on the condition that the offense of rape was proved: “If it turns out that she was a rape victim, then the NCW will take the issue forward to its logical end.”

Both Gandhi and Sharma have misinterpreted the law. It depicts their priorities and their level of thinking. They may have to be taught that the law on non-disclosure of a rape victim has nothing to do with the offense being proved.

It kicks in as soon as legal allegations of sexual assault are made. The identity of a person against whom the crime of rape “is alleged or found to have been committed” cannot be disclosed, states the law. There is, thus, no doubt that the woman’s identity needs to be protected.

In spite of the law being so clear, there has been no criticism against Malviya from any legal authorities. In fact, Malviya still has the guts to keep the video posted even after two days.

This proves the backing, Malviya has from the ruling party, hence he hasn’t found it necessary to delete the video from his social media feed.

BJP must be the ruling party but it is always the KARMA that rules mankind. Be prepared!